Jay-Z continues to tease out portions of the lyrics to his upcoming album, Magna Carta Holy Grail.

Jay has shed some light on what has immediately become one of the album’s most anticipated tracks: “BBC,” featuring Nas, Justin Timberlake, Beyonce, Swizz Beatz, and Timbaland.

Hov was photographed in the studio weeks ago with Timberlake, Nas, and Timbaland, working on what would now appear to be this track.

Prior lyrics released include “Oceans,” featuring Frank Ocean, “Heaven,” and the Justin Timberlake-assisted “Holy Grail.” The album will consist of 15 tracks.

Magna Carta Holy Grail will be released on July 4. It is the product of a collaboration with technology company Samsung, who will offer up to one million free copies of the album for users of its smartphones, three days before the album’s release.

The edited lyrics to “BBC” can be found below: 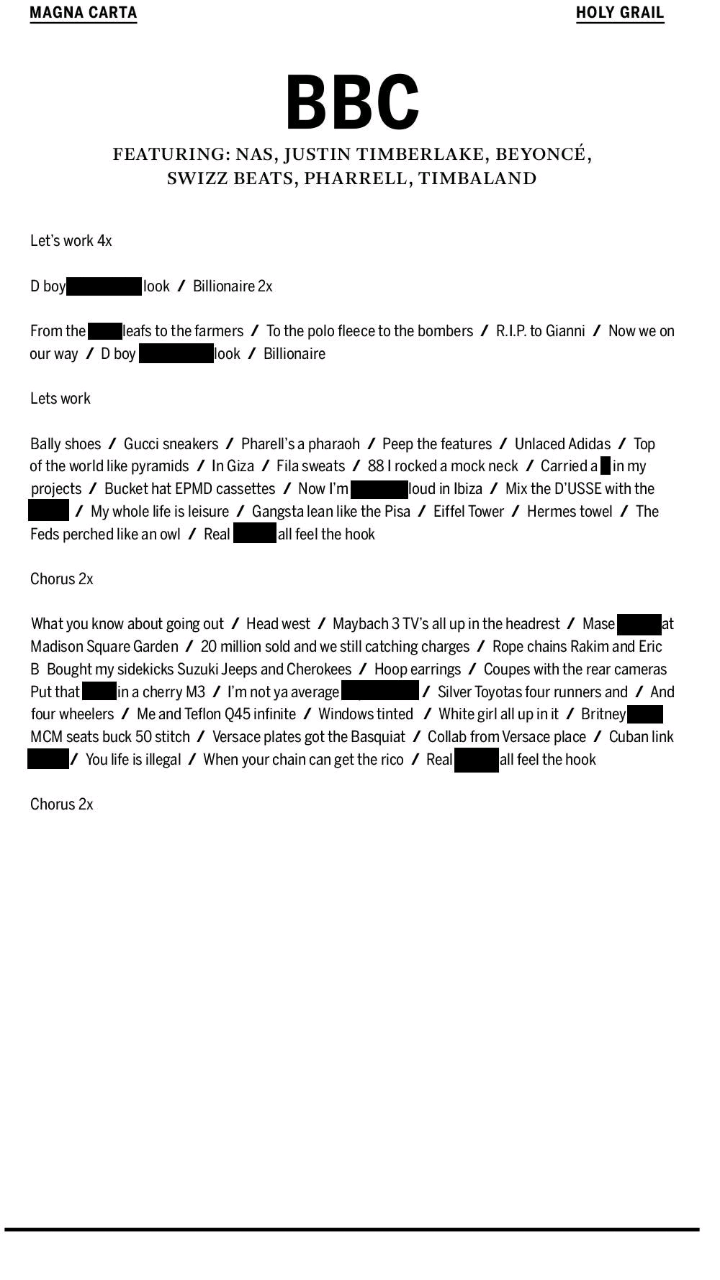