In just over a week since he announced his twelfth album with less than three weeks notice, Jay-Z’s Twitter hash-tag of “#NewRules” has certainly been proven true. Confirmed last Sunday during the NBA Finals halftime, Jay’s Magna Carta Holy Grail album, exclusively available to one million Samsung users, will not be certified platinum or charted upon release, according to a report last week.

In a calculated roll-out that recently included Magna Carta Holy Grail’s 13-song tracklist revealed over the weekend, Jay-Z has now posted the lyrics the Justin Timberlake-assisted title track, via his Google Play app. According to HotNewHipHop.com, the app is available to Samsung users in the online marketplace. The song “Holy Grail” was not included in the tracklist preview this weekend. It may or may not included on the album.

Earlier this year, Jay and Justin made “Suit & Tie,” a #1 single from Timberlake’s 20/20 Experience album. In September of this year, the RCA Records star is planning a sequel release from the studio sessions.

An edited post of the “Holy Grail” lyrics is included below: 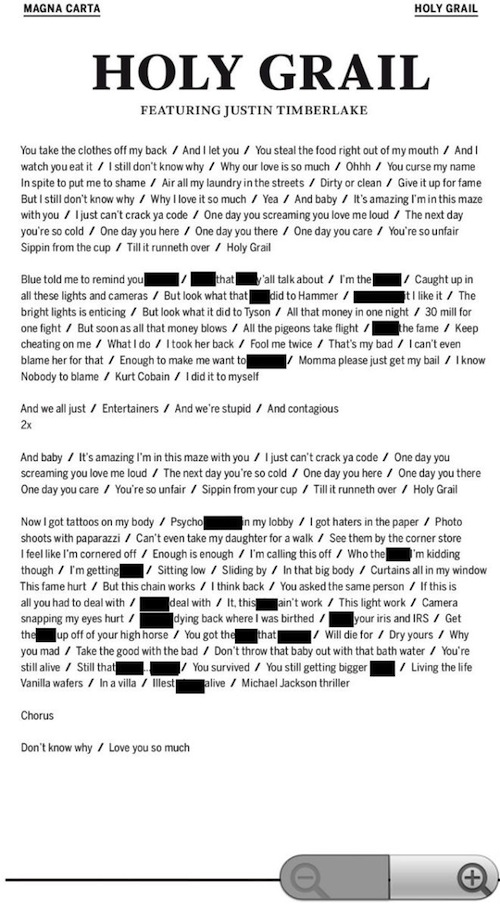 UPDATE: Just one day after releasing the lyrics to “Holy Grail,” Jay-Z has now shared lyrics to “Heaven.” This song was among those initially confirmed in the tracklist to July 4’s Magna Carta Holy Grail album. The specially-designed and edited sheet is below: 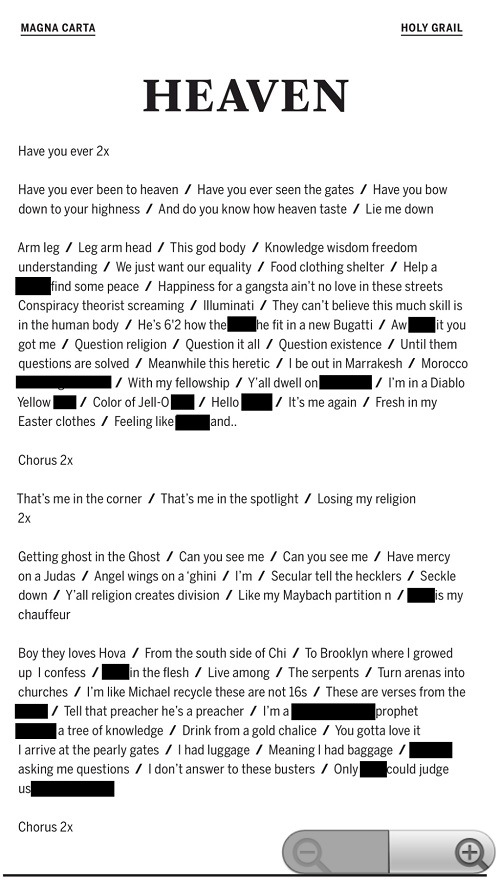 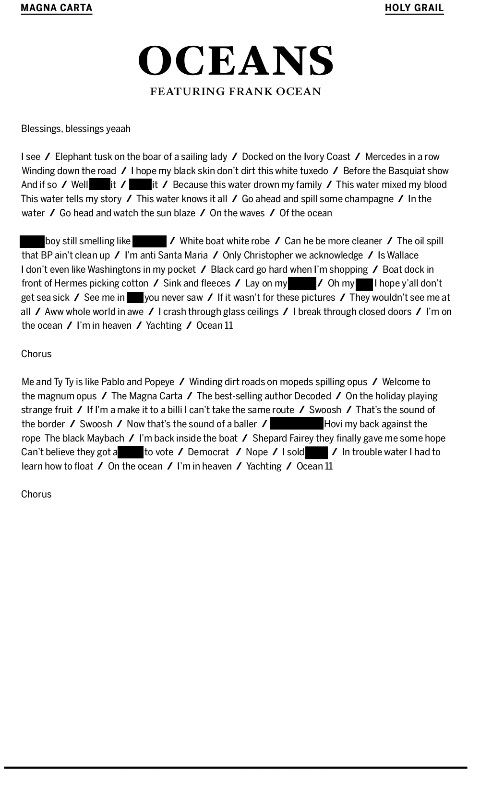