Despite a 15-plus year career on record, Long Beach, California’s Crooked I had been very careful about album releases. The former Death Row Records hopeful-turned-Slaughterhouse star has never officially released a solo full-length LP. Despite two group albums with Slaughterhouse, which followed other such efforts with 19th Street and C.O.B., Crooked has only ever released EP projects, along with Death Row’s unofficial Hood Star album after he left the label.

All of this may be changing, as today the Treacherous Records artist announced his Apex Predator release date and artwork. The album, which is slim on details at the moment, will release July 30 on the aforementioned label, as confirmed by Empire Distribution’s spokesperson today. The cover art is below: 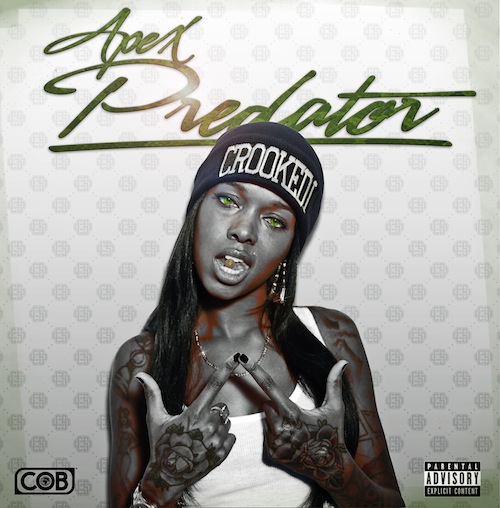 UPDATE: The tracklist to Crooked I’s debut album, Apex Predator, has been released. According to UndergroundHipHop.com, the 11 track album features Tech N9ne and K-Young, and includes the following songs: