J. Cole got what he wanted. As The North Carolina rapper worked on what would become “Crooked Smile,” a cut included on his forthcoming Born Sinner album, he had a vision for the song. Born Sinner is due in stores June 18.

“Once I finally got the hook, the first thing I thought about was TLC,” J. Cole said during an interview with Los Angeles radio station Power 106 today (June 13). “It was like, ‘Ah. It would be crazy if we could get them.’ It seemed far-fetched. But they just had these monster records like ‘Unpretty’ and ‘Waterfalls’ that had like great messages and their voices are incredible. I was a big TLC fan. So, I thought it was far-fetched, but next thing I know, I’m in LA in the studio with T-Boz and then I fly to Atlanta. I’m in the studio with Chilli. I’m playing Chilli the album. She’s dancing to these songs. She’s really doing moves to my songs. It’s crazy. So, it was an incredible experience.”

Like the TLC songs “Unpretty” and “Waterfalls,” J. Cole’s “Crooked Smile” is a song the rapper said he wanted to be empowering. Cole has said the song took a long time to record given its heft. “That song had a long process,” J. Cole said to Power 106 host Big Boy. “I never worked on a song for as long or as hard as I worked on that song ’cause I knew the potential it had.”

Given that he has no problem discussing his imperfections, Cole was quick to make light of his appearance on the cover of the June 8, 2013 issue of Billboard magazine. “If you really look closely at my eyebrows, they tried to photoshop my little middle part right here,” J. Cole said during the interview, pointing at the space between his two eyebrows. “I want to let ya’ll know I didn’t approve of that. I would have kept it real.”

Cole then said he’s not going to change his own crooked smile. “No. I made it this far,” he said. “I’m keeping this.” 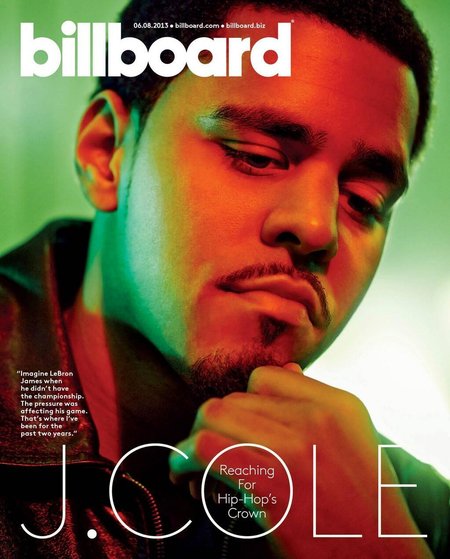