Portland, Oregon-native iLLA has gone through a lot in recent years, but that hasn’t stopped the artist from moving forward. iLLa’s mixtape “Everything Gucci“ comes out on June 29 and features production by Bpzy (formerly known as Baby Paul from Da Beatminerz) and newcomer Beat Fanatik. The first single and video will be available on iTunes June 18. DJ Pain1, Bpzy, Frank Finesse and Dekk (of SOS and Moxie Black) all have production credits on “Everything Gucci.”

Bpzy became acquainted with iLLA about five years ago when he started working for coast2coast mixtapes. They eventually caught up in Miami during a music convention and recorded a song called “I’m Blown.” The video for the song generated quite a buzz and various recording contracts were put on the table.

In early 2011, iLLA dropped a music video for his single “Cranberry VODKA” and it garnered hundreds of thousands of views. A successful mixtape followed and the rapper was hitting the road consistently. The rapper’s career was stalled because of some legal issues, though. After getting sentenced to prison for his involvement in drug activity, EMI pulled out of a deal with the rapper and eOne picked it up later. The “Everything Gucci“ series is now in motion.

“The tapes, singles, and EP/album we plan on releasing are a culmination of this experience, the high and lows that have happened these past couple of years” iLLA says in an exclusive to HipHopDX. “I don’t want to glorify the life I was living or the consequences I have to deal as a result of that life. None of it is really that awesome when the shit hits the fan and you’re pulled away from your one-and-a-half year old son who needs you more than ever. Or when you’re pulled away from your family that would, and did, give their last to see you free and happy. It’s sad that such extreme things have to happen to us so we can see the light, but you can know the light without the dark. I guess at the end I feel blessed to be alive and still have the great people I do around. I think this is reflected in my music now and I hope people peep game and get it. These releases are not to celebrate me going into prison or not even to necessarily make it easier for me when I get home. I think they are more to celebrate the death of a lesser me and what I anticipate to be the birth a greater me.”

iLLA and Bpzy are now inspired to bring something new to the game. “This project takes me to alpha and omega places,” Bpzy says in an exclusive interview with HipHopDX. “There is music that reminds me of my earlier work with Da Beatminerz, producing Black Moon and Smif-n-Wessun. ‘Everything Gucci’ is not just a song that inspired the name of the mixtape. It’s a statement to our peers and our audience. It means this is what we do and we’re very good at it. We came together to show the world what we are capable of and no matter what adversity comes our way we are still good.”

Bpzy is a Grammy-nominated producer that has created tracks for legendary artists like AZ and Nas, among others. iLLA, formerly known as iLLAJ, is a Hip Hop artist who has has been featured on hundreds of mixtapes, radio stations and in The Source magazine’s Unsigned Hype column.

The “Everything Gucci” mixtape will be available on June 29 and will be followed by the EP in late summer.

The “Everything Gucci” tracklist is as follows:

07. No Time – Prod by. My Producer @iamtailored

13. Got You – Prod by Sweater Beats @sweaterbeats

15. I Had – Prod. by Frank Finesse @franfinesseNLF

16. Till The Ending – Prod. by Frank Finesse @franfinesseNLF

UPDATE: Bpzy provided HipHopDX with the cover art for and an update on iLLA’s Everything Gucci mixtape, which is also known as #EvG. “After careful consideration, iLLA and I decided to push back the release date of the #EvG mixtape to July 23,” Bpzy says. “We will leak a few songs from the mixtape starting June 29 up to the release. The official ‘Everything Gucci’ single and video will also be available on iTunes in late July.”

Bpzy also provided HipHopDX with an exclusive download link for iLLA’s “Fall From Grace” single, which lasts until July 10. The Soundcloud link for the Bpzy-produced track is available below.

The Everything Gucci mixtape cover art is as follows: 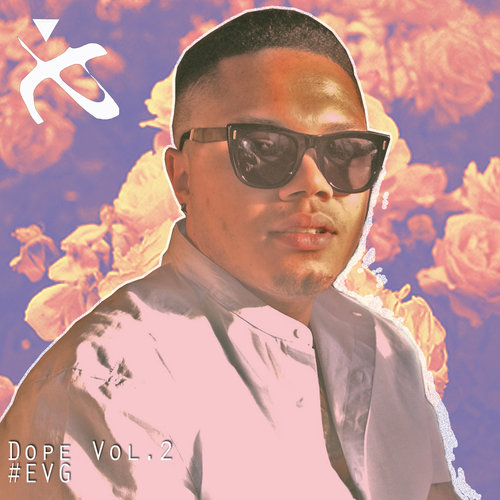 UPDATE #1: iLLA’s Everything Gucci mixtape is now available for download at datpiff.com. The mixtape, which is also known as #EvG, features production from Bpzy. “On behalf of myself and iLLA, we appreciate everyone who supports this collaborative effort we call #EvG,” Bpzy says. “Everything Gucci starts with the mixtape and will be followed by the official lead single of the same title. This movement will carry into the rest of the year. Despite the ups and downs, smiles and frowns of this cynical unpredictable world we live in, everything is good. Everything is fly. Everything is Gucci. We thank you for your support.”