DMC Says Run-DMC Will Never Be "Back Together" With a handful of recent performances, Run-DMC members Darryl “DMC” McDaniels and Joseph “Run” Simmons consequently sparked quite a bit of talk about the official reunion of the iconic group. But during a recent interview with Access Atlanta, DMC shared that without the late Jam Master Jay, Run-DMC will never officially be back together as a group.

DMC went on to explain that while he has performed at several shows alongside Run, the performances allow the pair to introduce fans to Jam Master Jay’s children and don’t necessarily speak on the status of the group.

“We’re not back together as a group,” DMC revealed. “We just have some good offers to do some shows. But at the same time, we get to showcase (Jam Master) Jay’s children and bring awareness to the JMJ Foundation, which his wife created to keep music programs in school. We’re going to stick to doing big shows, but we’re not doing an album, no world tour. We can’t really be Run without Jay, but we can show up for certain shows.”

While speaking on his past struggles, DMC went on to address present-day Hip Hop and the lack of responsibility that seems to be present. He also spoke on the inability for those in the genre to learn from the mistakes of others and even referred to the late Tupac Shakur as an example.

“I got three things going for me: I ain’t dead, I didn’t get shot and I’m not in jail,” said the rapper. “The problem is this, we don’t learn from the lessons that have been put forth to us from the generations preceding. We are not being responsible, and the people who want to be responsible are afraid because they don’t get no support. When Tupac got shot, we mourned and two weeks later we went back to the same nonsense and it goes on and on.”

The Run-DMC rapper also went on to rattle off a short list of emcees he’s currently a fan of. Among the artists mentioned were Talib Kweli, Mos Def, and Kanye West. 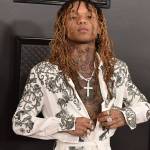