Quasimoto, the reclusive alter-ego of Oxnard, California producer/emcee Madlib has not released an album since 2005’s The Further Adventures Of Lord Quas. According to Stones Throw Records, Quas was birthed on Madlib’s early underground beat tapes, the persona was never intended for the public. However, as word spread around the California beat and deejay community, the helium-voiced, provocative emcee who looped up his own beats became a cult-followed sensation, and one of Madlib’s most successful and championed offshoots.

Stones Throw announced this week that Quasimoto’s third release is finalizing for a June 18 release. Yessir Whatever is a 12-track collection of Quasimoto songs recorded over the last 12 years, following Quas’ acclaimed debut, The Unseen. The collection features some previously released material, from rare and out-of-print vinyl, while others have never been previously heard. The album is available digitally, on CD, and on LP vinyl with a bonus 7″ record. 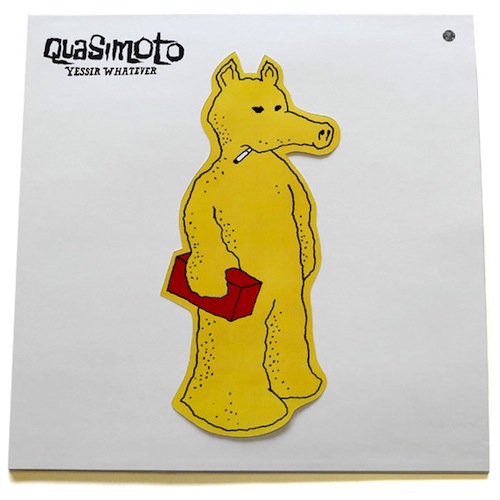