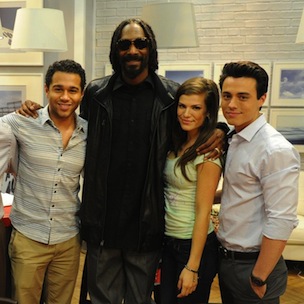 Less than one week after the revamped “One Life To Live” soap opera confirmed an upcoming guest appearance from rapper RiFF RaFF, the series has another Hip Hop connection. Today, the show, which moved to Hulu after going on hiatus from network television in late 2011, announced that Snoop Lion (f/k/a Snoop Dogg) will collaborate with his latest protege, IZA, on the show’s new theme.

The show theme is called “Brand New Start,” and features singing by IZA, and reported songwriting/production by the Long Beach, California Hip Hop superstar. The series returns to audiences on April 29.

A music video for “Brand New Start,” is already in post-production.Snoop Lion will appear in the show at a later date.

RELATED: RiFF RaFF To Appear As “Jamie Franko” On “One Life To Live” Soap Opera