Some may believe that the era of the demo is long gone but that’s precisely what helped Jonesboro, Louisiana’s Lil Snupe get a deal from Meek Mill. According to Snupe, Meek was so impressed by the 16-year-old’s demo that he called him with an offer to join his Dream Chasers imprint roster only minutes after meeting him at a show.

“[Meek] was in a van. They was finna pull off. And I went and knocked on the van, on the window. They let the window down, grabbed the mixtape and it was like 10 minutes later, 20 minutes later they called me,” Snupe said of his initial encounter with Meek in an interview with MTV.

“He was spittin’ so much pain. He’s from the south with a flow like an East Coast guy,” Meek explained. “Like with that bounce flow, all over the place, he really can spit, and he was talking that talk that I can really relate to. I seen potential in him.”

Mill’s initial impression of Snupe was so strong that he also took to Twitter to tell fans about Snupe right after hearing the demo, though he didn’t spell his name correctly then. Here is Meek’s tweet after their first encounter on October 20, 2012.

I just got this young boy demo in Louisiana this guy fireeeee ….and he only 16 Lil snoop!

A clip of Meek and Snupe discussing their initial encounter can be seen below courtesy of MTV. It was shot earlier this year, in February.

Snupe is already working on new music. He has the “R.N.I.C.” mixtape ready to drop and he has also released “Nobody Does It Better” featuring Mill. Moreover, Snupe is participating on Meek’s “Dreams Come True” tour. The two have also recently been seen with cash in hand, posing together in photographs. 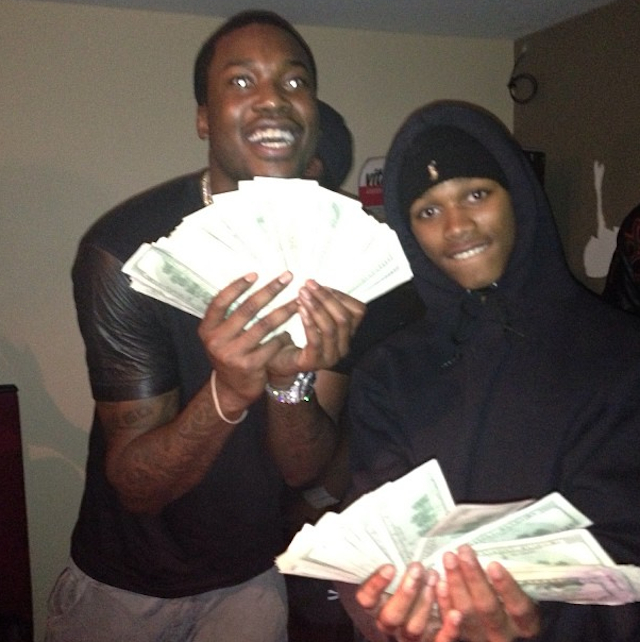