R&B/Pop star Chris Brown has announced his sixth album. Although there is not yet a release date, the Richmond, Virginia vet will title his 2012 Fortune album, X. The 23 year-old controversial figure’s upcoming album already has at least one high-profile Hip Hop guest, Kendrick Lamar.

The resulting collaboration, reportedly titled “Autumn Leaves” was described by Chris Breezy as “If you’re in your car just riding, it’s perfect. It just feels like a weather record—an emotional record. I feel a certain way when I hear it.” MTV, who conducted the interview, reported the song to have a tempo inspired by a heartbeat. Production on the album has been confirmed by Diplo, as well as former Timbaland protege and fellow V.A. native Danja (f/k/a Danjahandz).

As for the overall title, Chris claims it takes on a number of meanings. “The song and the album title ‘X’ has a couple different meanings,” explained the longtime Sony Records star. “It can refer to an ex-girlfriend, in terms of you always look forward to moving forward from. It’s also about being a reject in a sense. In me being myself, being able to grow up, me not always hanging around the right crowd or doing the right thing all the time—it’s me saying, ‘I’m over it. I’m past the bullsh– now.'”

UPDATE: Yesterday (April 29), Chris Brown released a song through Vimeo, “I Can’t Win.” While the song will reportedly not be included on his sixth album, X. Artwork for the video alleges that X will release on July 16.

X- I Can’t Win from David Alan on Vimeo.

UPDATE #2: Chris Brown’s release date has been pushed back, according to the singer.

According to Brown’s Twitter update on October 15, X is now slated to be released December 3.

UPDATE #3: Chris Brown has released a new release date for his upcoming album X. The album was previously meant to be released in December 2013, but the plans were later scrapped. Now, Brown says that his upcoming project is scheduled to be released May 5, 2014. Brown made this announcement via Twitter yesterday (February 22, 2014).

“X” is by far my best album yet…. Setting the date for MAY 5 pic.twitter.com/cFrfpgsBcD

UPDATE #5: Chris Brown has revealed the album’s cover art. It is below.

UPDATE #6: Chris Brown has revealed the deluxe edition of his upcoming album X. 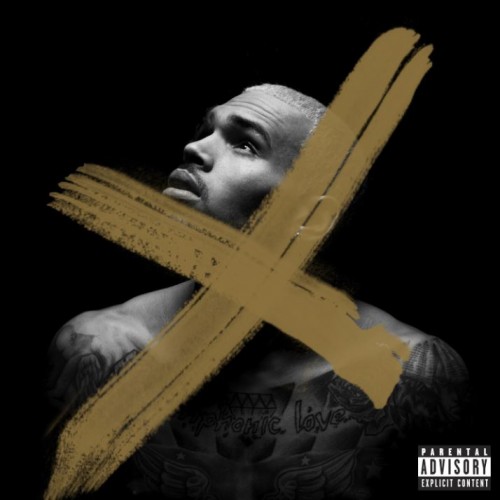 UPDATE #7: The tracklist for Chris Brown’s X has been released. It is below, according to HNHH.