Bun B, Kirko Bangz, Scarface & More Reportedly On Board For A "Bow Down" Remix If reports from Isiah Carey, a general assignment reporter for Houston’s FOX 26 News, are true, Beyonce may have just recruited herself quite the H-Town roster for a possible remixed version of her Hit-Boy-produced record “Bow Down.”

On his personal Website, IsiahFactor.com, Carey stated that he received news from a “nationally known rapper” who revealed that he was in Houston recording a remix to “Bow Down” with a handful of other artists.

“A nationally known rapper told me he and a long list of other entertainers would be in the studio in Houston recording a remix for Beyoncé’s controversial new song Bow Down,” Carey explained in a post on IsiahFactor.com.

Carey later revealed the names of the artists on the remix and so far they include Slim Thug, Willie D, Scarface, Bun B, Kirko Bangz, and Lil KeKe.

News of the alleged remix comes shortly after a picture of Bun B, Willie D, and Scarface at Houston’s Wire Road Studios made its way onto the internet.

Neither Beyonce nor the artists said to be on the remix have confirmed that the song exists. 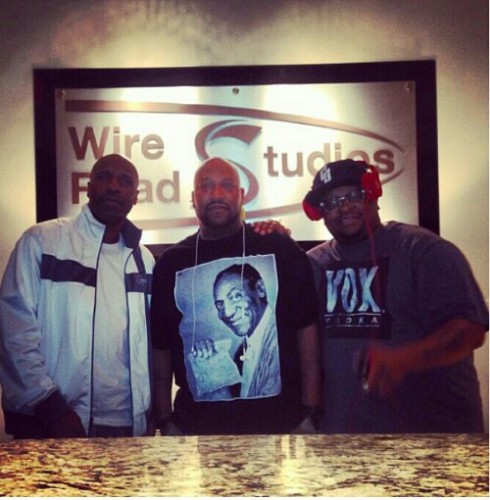 RELATED: Jean Grae Comments On Beyonce’s “Bow Down,” Offers Up An Idea For A Remix