While Tyga’s Hotel California is scheduled to drop on March 26th, he’ll now be competing with his YMCMB boss. Lil Wayne’s I Am Not a Human Being II will be dropping the same day, along with Ashanti’s Braveheart. Weezy released the album artwork, and it’s of a Death’s-head Hawkmoth a la Silence Of the Lambs. The next month, on April 16th, French Montana will finally deliver Excuse My French. Fans awaiting the release of Prodigy and Alchemist’s Albert Einstein in March will have to wait longer. The project is now slated for a May release. 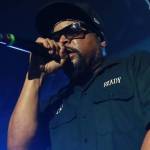 "I ain't got nothing else I'm doing or passionate about but some change," he says. "I don't give a damn about a movie or a fucking record or none of that shit." 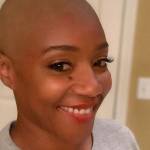 The comedic actress made the confession on an episode of Steve-O's "Wild Ride!" podcast.