Continuing the trend of emcees opining on one of Hip Hop’s more unlikely beefs, 50 Cent spoke on the Drake and Chris Brown altercation, during which the two artists reportedly through bottles at one another in a New York club.

“I was surprised,” admitted Fif in an interview with the LA Leakers. “I didn’t know what happened. When you see the photos, you’re like ‘Oh, somebody started bumpin’.'”

When 50 found out how the fight went down, he was less than impressed, and appeared to surmise that Rihanna was the root cause. “I thought someone hit someone with a bottle. And [instead,] they’re throwing it like eh [throwing motion]! That’s not…that’s not even…I don’t know what it even stems from. Is it how you feel about the person? They have in common a connection through [Rihanna].”

“Is it disrespect [about] who you are? Or is it about the actual girl?” he continued. “For me, I’ve been in situations where I’ve seen that the two lead reasons why you get laid out is over the money, or something to do with the girl.”

“It’s odd. I didn’t really see them being involved in that kind of [thing],” said 50, who rated, from most aggressive content to least, Meek Mill, Chris Brown, then Drake. 50 explained that he didn’t know how any of the artists were as fighters, so the only basis for comparison was their music.

“Chris finna be Rick James out this motherfucker,” added 50. 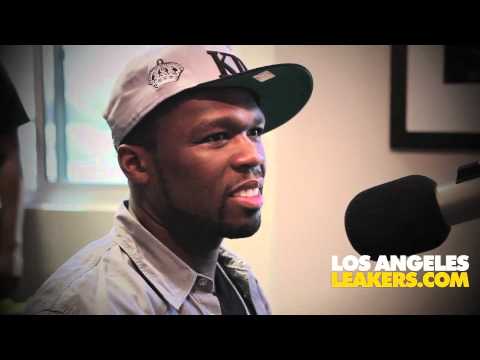 RELATED: 50 Cent Recalls The Making Of “50 Cent Is The Future” Mixtape