Nipsey Hussle recently spoke with Droz Daily Steezin to address everything from when listeners can expect new music to branding. During the interview, he spoke on rumors that he signed to Rick Ross‘ Maybach Music Group, stating that while he’s been in the studio several times with Ross and Meek Mill, he is still building his own movement.

“Ross and Meek, I’ve been in the studio a couple times with both of them. When it’s going to come out, ain’t no telling. It might not, it might end up on one of the projects,” he said. “It’s just getting the vibe up and breaking the ice and get a few records knocked out with artists you fuck with.”

As for signing with MMG, Nipsey says he’s focusing on his own ventures, which include a recent partnership with DJ Skee in an attempt to “change the music industry.” “About me signing, we still grinding, we still building. That’s the biggest name in the game right there. They grindin’, they killin’ shit. I’m just trying to keep building my situation right now. In the future, you’ll see what goes on. Right now, we still just building.” 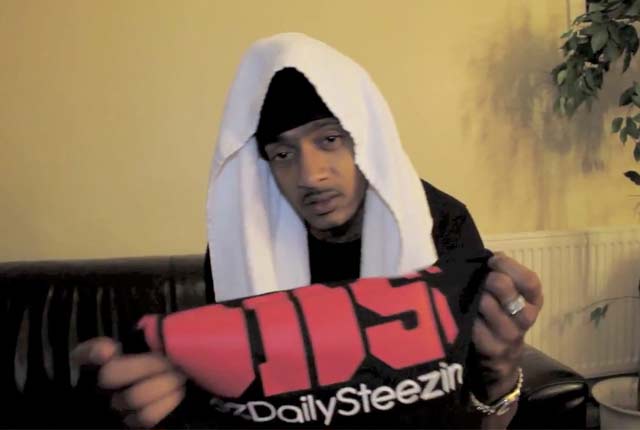