Monday, the Houston Press reported Rick Ross missed a performance scheduled for April 7 at Houston’s Bayou Music Center. According to Marco Torres of the Press, it was announced that Ross would not perform after suffering a seizure in his hotel room. While some remained skeptical, Torres reported that a trusted, yet unidentified source claimed the seizure reports were “very true.”

Additionally, HipHip-N-More, WENN.com and other sources are reporting that Ross missed his “Easter Fest Rozay” show in Guyana due to what his management team was calling “a medical emergency.” In a statement released to Hits and Jams Entertainment—the promotion company handling the Guyana show—Ross’ management team stated, “Once [Ross] is cleared by doctors they are willing to work on an alternative date for the Guyana show.”

Similar incidents occurred in October of 2011 when Ross suffered from a seizure on a plane traveling from Fort Lauderdale, Florida. The Miami-bred rapper suffered another seizure the next day prior to a scheduled show in Memphis, Tennessee. Ross would resurface shortly thereafter boasting a clean bill of health and attributing both seizures to sleep deprivation.

Ross was wrapping up a tour through Europe, and the rapper was presumably en route to Houston before the latest health issue. He and his team released a vlog of their exploits, which can be seen below. 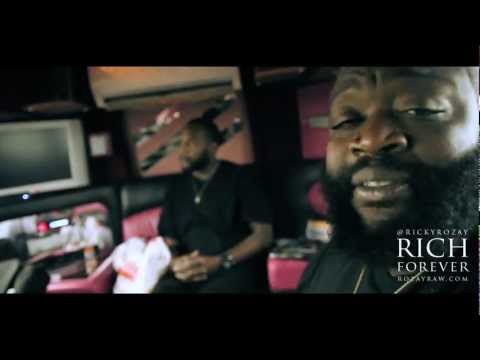