While speaking with Electric Circus, Black Hippy member and rapper Ab-Soul revealed that he was “speaking through” Kendrick Lamar on the Section.80 song “HiiiPoWeR.” Ab-Soul went on to explain that he didn’t write the lyrics to the song or encourage the rapper to write “HiiiPoWeR,” instead he shared that the song was partially brought on by his past conversations with Kendrick.

“The song ‘HiiiPoWeR?’ That was me speaking through Kendrick. You feel what I’m saying? I’ll just put it to you like that. I didn’t write the lyrics, but that was from years and years of me talking that shit that don’t nobody wanna hear, to him,” Ab Soul explained. “And it finally stuck with him. And he made a very profound record on that concept. I mean I’m not gonna say that I told him to make the song or nothing like that. Or it came from a direct conversation from me, but like he was finally touched by that shit I be kicking.”

Ab-Soul also spoke on his Black Lip Bastard nickname and revealed that he suffered from Stevens-Johnson Syndrome as a kid, a condition that can cause the top layer of your skin to die and then shed.

“I call it Stevens-Johnson Syndrome,” said Ab-Soul. “When I was 10-years-old, and you can do your research on that, but I lost all my lip skin. And when it grew back it grew back dark. So I just call myself the Black Lip Bastard because ever since then, ‘Eww look at yo lips. Eww your lips, eww.’ I didn’t even start smoking weed til after I graduated from high school.” 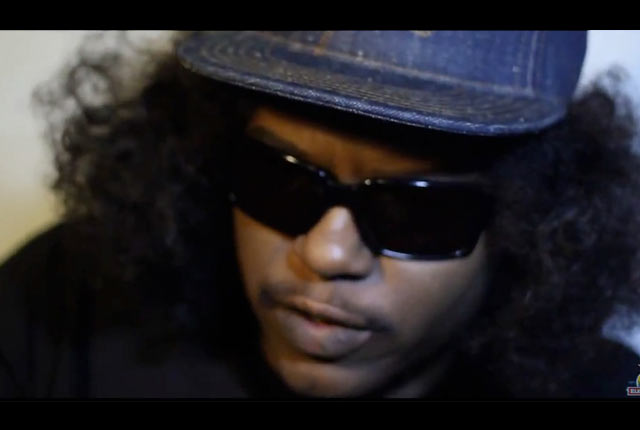