Two days ago, YMCMB fans received a shock when news broke that Tyga’s long awaited studio debut Careless World: Rise of the Last King had been suddenly recalled over an uncleared sample of Martin Luther King, Jr. Now, the Compton rapper talks about first hearing of the threat of a last minute delay of his LP.

In a recent interview with V-103’s Greg Street, Tyga explained that it was actually his fans who first informed him of the possible snage in Careless World‘s release. He said that he received a number of TwitPics of fans receiving the recall notice and even holding the LP already on store shelves with a notice attached saying the album could not be sold. Despite this final hour scare, Tyga said that his label was able to iron any issues out with Dr. King’s estate and that the album’s release went according to schedule.

“Basically, [the stores and label] recalled them,” he explained. “I’m looking on my Twitter and fans are hitting me up all day like, posting pictures of [the album] and they have some in stores, but then they have a piece of paper next to them saying ‘Recalled – can’t sell.’ I’m like, ‘Yo, this is crazy.’ My fans are going crazy, like, ‘I have it in my hand, I’m thinking about just stealing it, but I wanna buy it though,’ and I’m like, ‘Nah, just go back tomorrow,’ so they’re going to get a lot shipped today [Monday February 20], and it’ll be in stores tomorrow.”

Careless World dropped earlier today on YMCMB/Universal Republic. The full interview can be seen below. 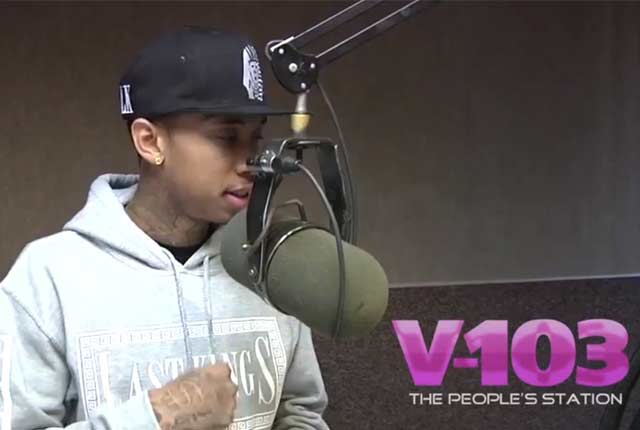