Suge Knight was arrested yesterday in Las Vegas, Nevada after police pulled him over for a routine traffic stop and discovered marijuana on his person.

According to TMZ, the former Death Row honcho was pulled over at 5:34 p.m. for making an unsafe lane change in his black Bentley. After running his name through the system, police discovered several warrants out for his arrest from minor traffic violations.

Police searched the vehicle and discovered a small amount of weed in his possession. He was taken to a nearby jail and processed, though was released shortly after.

Knight is currently on three-year unsupervised probation for driving on a suspended license. This latest arrest could compromise the probation. 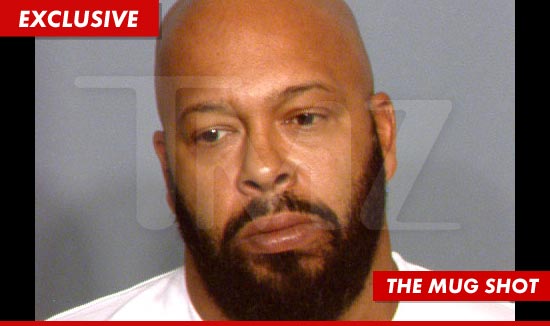 UPDATE: The Las Vegas Sun reports that record executive Marion “Suge” Knight entered a no contest plea for the offense of driving without a drivers license. The former Death Row Records co-founder and manager to numerous 1990s Hip Hop stars was fined $425, and cleared of additional charges due to insufficient evidence.

RELATED: DJ Whoo Kid Recalls Getting Chased Out Of Club By Suge Knight