Phife Dawg Says A Tribe Called Quest Hasn't Received Money For "Can I Kick It?" A Tribe Called Quest scored one of its biggest singles with “Can I Kick It?” in 1991, but they still haven’t received royalties for the song. During a performance at London, England’s KOKO (via The Hip Hop Chronicle UK), Phife Dawg performed the cut and explained how rocker Lou Reed recouped all of the royalties from the group sampling “Walk on the Wild Side.”

“That was on our first album [People’s Instinctive Travels and the Paths of Rhythm] and the sample is Lou Reed. Fuck Lou Reed, man! Fuck him. Because we didn’t see no money from that fuckin’ record yet. Really. Here’s what happened – and I take back saying ‘Fuck Lou Reed,’ because Lou Reed has every right to say ‘Give me my motherfucking money,’” he said. “So Lou Reed could have easily said, ‘Oh yeah, a rap group use my shit? Alright.’ No. Anita Baker don’t let nobody use her shit, period. […] So Lou Reed, instead of saying no altogether, he was like, ‘Yeah, nice! Give me the motherfucking money.’ Like Smokey in Friday.”

He also touched on the prospect of another A Tribe Called Quest album, referring to the recent documentary Beats, Rhymes and Life and stating that while he and Q-Tip are cool, they still can’t record together.

“What you have to realize with the movie is that we’re all human beings, number one. We’ve known each other since we were two years old. A lot of times, it seems like the people who are most close to you, you take for granted and do some crazy things, you say some crazy things,” he explained. “But at the end of the day, it’s all love. You have to also realize that this movie started filming in 2008 and it’s now 2011, almost 2012. Me and Q-Tip is fine. But as far as when is A Tribe Called Quest coming to London? I’m not exactly sure, because we can’t even be in the same room at the same time. It’s very difficult, but hopefully, there will be a new album.” 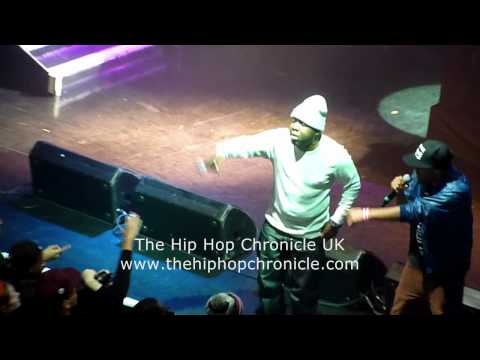 RELATED: A Tribe Called Quest Reflect On “The Low End Theory” In First Interview Since 1998