Though his profile is higher than it’s ever been after his performance on BET’s well-received cyphers at the 2011 Hip Hop Awards, DXNext alum Dom Kennedy is still all business.

HipHopDX caught up with the Leimert Park, California native just moments before going onstage at the University of Maryland’s Homecoming this past weekend to discuss the BET cypher – and dissect some of its lyrics – as well as how he can proudly be on the network and still proclaim “fuck BET” it he so chooses.

HipHopDX: Early on, you chose to do mixtapes with The LA Leakers, and you got a co-sign form The Hundreds. You’ve admitted that you came in very inexperienced regarding the recording process. Were you just as inexperienced in branding yourself, and those early opportunities were good fortune, or did you feel more comfortable in that realm?

Dom Kennedy: It wasn’t really a fortune thing—it was things I was naturally into as a regular person. …fashion, you know, things I’m always into. Those things that I just attach myself to me as a person, and I guess my brand as Dom Kennedy. But, you know, I definitely was inexperienced with the branding—and still am, to some extent, just having fun with this shit. Learning as I go. Nobody really came to me and said, “This is how you do it.” Really, you can’t really say that, because things change every day. You know, music and this new generation, anything you can say to somebody don’t do, they can probably do it and make a career out of it. It’s not really no set model to this shit. Do what works best for you. That keeps it fun.

DX: Let’s talk about the BET cypher. How did that come about?

Dom Kennedy: I had been working with BET. They got that Music Matters campaign—I don’t know if you’re familiar with that—with a lot of up-and-coming artists…I know they had J. Cole and probably a lot of other people. I had just recently started, and met everyone at BET, and did the walk-through and the Music Matters interview. They said they wanted to put me on the [BET cypher] as an independent artist, and I was happy to take the opportunity.

DX: How many takes did you all do?

DX: Did you exchange any war stories with your fellow cypher-ers: Lady of Rage, Blind Fury, or Skillz?

Dom Kennedy: I talked to [Lady of] Rage quite a bit, just being from L.A. I don’t think she had heard of me, but she was really interested that I was from L.A. We exchanged info. It was good meeting Blind Fury. I hadn’t even heard too much about him. I can’t say I watch 106 & Park; I’m not a regular watcher of 106 & Park. It was dope; he was like freestyling during the cuts and the outtakes. So that was pretty dope, for sure.

DX: What about DJ Premier?

DX: You rhymed in your cypher, “Who’s the best is debatable / But I do it with no label, though.” If a particular title isn’t important to you, what is when it comes to your place in Hip Hop?

Dom Kennedy: Leadership is important to me. I want to be someone that’s looked upon as somebody who brought a movement to the city and music in terms of the youth. I want to be remembered as having provided jobs and different ways of thinking. “Westside get the money” is something I’ve recently been saying and I’m telling my homies a lot, and I see it’s kind of carrying over, and just now starting with the kids. Being able to say, “We’re here to get money, and just do good business.” As well as doing good art. But we’re here to represent ourselves as businessmen. Just because we might not have a corporate backing, we’re still to be taken seriously. For sure.

DX: On “I Hate Summers,” you rapped “Watching BET don’t make you motherfuckin’ Black, homie.” But you were just on BET’s cypher. How do you reconcile those two things?

Dom Kennedy: I mean, the same way I do when I say on a song that a girl is a “bitch” and on the next song I say that I love a girl. You feel different ways at different times, just like anybody else. I’m sure kids that go to school every day, they don’t love school. Monday, they might hate it, Thursday, it might be cool. Both of those things are true. That line is true, and I was on the cypher. I also said, “Fuck BET if them niggas don’t want to play us” on “Showtime.” I’m sure they heard that, but understood where I was coming from. Being a kid in Leimert Park, writing, trying to come up with shit, I was like, “Man, I could do better than that!” That’s just how I felt at the time, and I’m never going to back away from that or feel ashamed to say that.

DX: How did you end up on the Statik Selektah project?

Dom Kennedy: [Population Control by] Statik Selektah? That came out?

Dom Kennedy: If I know what you’re talking about, it’s the song with Krondon and Strong Arm Steady?

Dom Kennedy: Krondon is a real cool friend of mine. Actually, everybody is. I had an opportunity to go on the Smoker’s Tour as the opening act. Mitchy Slick, Phil Da Agony…when you see somebody for a couple cities, you be in the vans and backstage, talking…I already knew Krondon; he put that in motion. He bridged the gap between me and Statik Selektah. He picked the beat, and it was fire, and I just ran with it.

DX: From the Westside With Love II draws influence from Doggystyle’s cover art. How important is it to you to have your work associated with such West Coast classics? 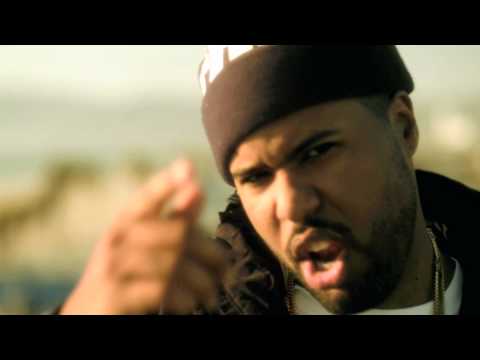 DX: You seem to have a strong presence among the college crowd. What do you attribute that to?

Dom Kennedy: See, I don’t think I do, to keep it honest with you.

DX: Around here you do.

DX: A few months ago, you spoke to us about your success on iTunes, as well as how the indie route is now possibly the way to go. You obviously also have a big presence on Twitter. How important is it for emerging artists to take their business into their own hands, and is it becoming easier?

Dom Kennedy: It’s definitely becoming easier. I think everybody helps the next person out. I think it’s only as important as you make it, and what resources you have. Obviously, if you have a two million dollar budget, and everything else is set up for you, and you can come in, smile and leave, then you probably don’t really care. But me, that was never my situation, and that’s never what I did. It was everything to me. It was all kind of depending on your situation, and I took it upon myself kind of early and took it really serious. Regardless: even if you’re an industry favorite, if people don’t like it, it’s not gonna go anywhere.

RELATED: Dom Kennedy Talks The Internet, Working With Too $hort