In an interview with Dro Daily Steezin, rapper Mac Miller spoke on illegal downloading and offered up quite the interesting analogy for his opinion on downloading.

“This is how I feel; I give away a shit load of music for free. All the time. I’ve always given away my shit for free from day one. I’ve never sold anything…And just how I feel is if I’m putting it out for sale there’s a reason, you know what I’m saying. If I give away enough free music if it’s meant to be sold then buy it,” Miller explained. “If you sell ice cream and that’s your job. And you sell ice cream and that’s what you do, you make bomb ass ice cream. You give away free samples all the time. I come up and I’m like ‘Can I get a sample of mint-chocolate chip?’ And you use the little spoon, you give me a sample for free and I’m like ‘I appreciate it.’ I’m not gonna then ask you for a free cone!”

During the interview Miller spoke on the newer generation of Hip Hop artists including Kendrick Lamar, Big K.R.I.T., and ASAP Rocky. He even revealed that he has some material in the works with ASAP Rocky.

“ASAP Rocky that’s my fuckin brother yo. ASAP Rocky that’s my bro for real. Dude out of Harlem. He’s gonna be huge. We got some shit in the works. That’s my bro man; he’s just a thorough ass dude,” said Miller. “He’s just a good ass dude. And he’s funny and our crew, my crew and his crew, we all get along real well. It’s like that’s why I fuck with him. Because you know like a lot of people you meet they don’t always show love to your whole crew, you know what I’m saying. But this is a dude that like keeps in conversation and kicks it with like everyone in my crew.” 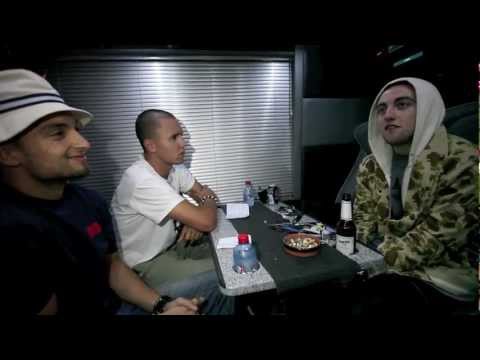