Throwback Thursday Revisits "All I Need" By Method Man And Mary J. Blige Incorporating the crossover appeal of a Hip Hop and R&B duet can be tricky. When improperly executed, you can end up with a dud that mirrors much of what is currently found on Top 40 radio. Of course, it always helps if you can draw from classic blueprint as Method Man and Mary J. Blige did with their 1994 hit, “All I Need.”

As most know, the song took its inspiration from Marvin Gaye and Tammy Terrell’s “You’re All I Need To Get By.”

At the time, Blige and Meth mirrored each other in terms of being the “around the way” entertainers respected for their music and courted for their looks. Director Diane Martel inverted the concept of their popularity by opting to put both artists in real life situations. Where it was common to see a female lead gyrating, while her male counterpart couldn’t take his shirt off fast enough, Method Man and Mary J. Blige were relegated to a grimy rooftop. And, in the ultimate sign of being down for his woman, Meth honored his lady’s request to “pick up some of them girly thing-things.” 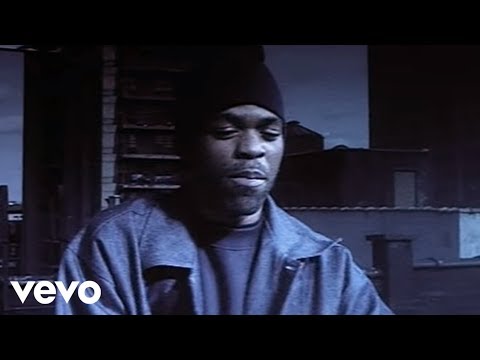 “We brought it in on a family thing,” Meth would later say in an interview with “Yo! MTV Raps” host Fab 5 Freddy. “Family had to be stressed in the ‘90’s, because we was losing our black brothers everyday. It’s time to unify, and we showed what you can do if you bring your numbers together and your minds together. You can do anything in the world baby.”

Hip Hop often honors its predecessor’s from earlier generations through sampling and interpolating past hits. And RZA’s deft flip of a classic, kept that spirit alive by passing a hit down from the Motown family to the Wu-Tang Clan.