During his nine-month sentence at Rikers Island for weapons possession, a number of members from the Hip Hop community visited Lil Wayne including Diddy, Trae and Fat Joe. But during a performance of his “I Am Still Music” tour in Kansas City, Missouri, Wayne took a moment to thank one fellow emcee in particular.

“Visiting me in there was kind of difficult for anyone to do, because I was considered a high-profile inmate,” Wayne explained to a crowd of about 8,000. “So you had to go through a whole bunch of shit just to come visit me. When anybody would come to visit me, I would be over-excited and over-elated because I know they had to go through so much just to come and see me for an hour or two. But there was one brother that came to see me, and his name is Tech N9ne. Ever since that day, we kind of formed an alliance…but it’s a little stronger. It’s kind of like a brotherhood you know?” 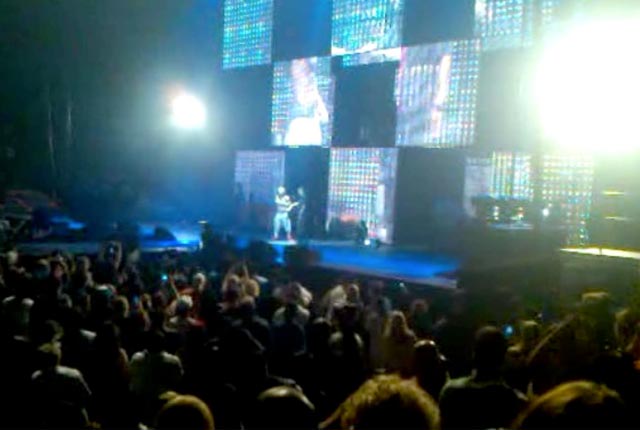 According to Tech N9ne, he actually visited Rikers twice due to a miscommunication that caused him to arrive on the wrong day. Members from Wayne’s camp said the Grammy-winning emcee didn’t believe Tech would show up for the visit, which later provided some inspiration for the Tech N9ne song, “The Boogeyman.” But the two emcees did eventually meet, and Tech shared Wayne’s sentiments that the bond proved to be mutually beneficial both in and outside of the booth.

“I think it had a lot to do with Wayne saying my name, dog,” Tech N9ne told HipHopDX, when asked about his newfound popularity with younger crowds. “It made people who wouldn’t normally pay attention to me start paying attention. And I thank him for that.”