According to rapper Jim Jones, the Harlem-based crew Dipset has quite a few interesting projects that are currently in the works. During his interview on DJ Green Lantern’s Invasion Radio the rapper revealed that there’s a Dipset movie being worked on as well as an album with himself and Cam’ron.

Still in its initial stages Jones explained that they’re still in the process of gathering material for the Dipset movie.

“The movie’s gonna be good…The process is everybody writing down the most memorable moments inside of Diplomat history both the good and the bad. And how we manage to be in the midst of a transition in a period of time where young black kids like us was synonymous for hustling and making money,” Jones explained. “And we got a chance to go into music at a very young age and treat that like we was hustling so it was a little bit crazy to be honest. It’s hard to have one foot in and one foot out and learn that. This is a bigger business than the streets.”

Jones later went on to compare the Dipset movie to that of an action-flick.

“It’s like an action-flick man. It’s so many things we go through…It’s just a lot. We blessed to still be here and dodging a lot of things,” said the rapper. “It feels good every day to wake up and know that I don’t have to want for nothing.”

As far as the albums are concerned according to Jones the Diplomat album will be preceded by an album featuring both himself and Cam’ron.

“It’s a grinding process. I think me and Killa’s Fly Boy album will come out right before the Diplomat album. It’s an album that we set out to do years ago when we first started the Diplomat movement and we was setting up the different albums that we were doing under Diplomat Records,” said Jones in regards to the Fly Boy album. 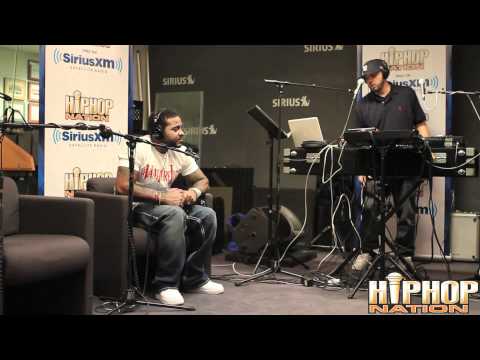