Thursday afternoon New York’s Court of Appeals rejected rapper Remy Ma’s appeal to overturn her 2008 convictions on assault, weapons possession and coercion charges. Remy—whose real name is Reminisce Smith—and her legal team argued that the convictions were the result of unfair direction from the trial judge.

In 2008, Smith was charged with shooting Makeda Barnes-Joseph during a dispute over $3,000. Smith’s appeal was based on her council’s contention that she also could have been shot during the dispute with Barnes-Joseph, as both women struggled to gain control of the gun. The defense argued the previous judge’s decision to disallow that argument violated Smith’s constitutional right to mount a defense, and it left the jury with a question of only whether she shot Joseph intentionally or accidentally.

“Her testimony without any other eyewitness to what happened inside the car, under the law, satisfies the proof beyond a reasonable doubt,” a judge said during the Appeal Court’s 5-2 ruling.

Smith rose to stardom as a member of Fat Joe’s Terror Squad. Her career arch culminated with a Grammy nomination in 2004 for the Fat Joe song “Lean Back.” Smith is also married to fellow rapper Papoose. Barring the success of any further appeals, Smith will remain in prison until 2016. 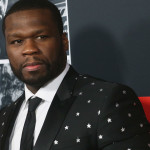