Rapper Huddy 6 was killed in a tragic car accident on Wednesday morning in New York. The rapper and club promoter, whose real name was Andre Hudson, entered the music industry as a member of Mase’s Rap group, Harlem World.

“The driver was traveling southbound towards New Jersey on the George Washington bridge when his vehicle struck a truck,” Steve Coleman, spokesperson for Port Authority told MTV.com. “Hudson was pronounced [dead] on the scene and the female passenger was taken to a local hospital.”

Hudson, who also went by Huddy Combs, was a close friend of Dipset member Cam’ron, and linked up with former Source magazine co-owner Ray Benzino on the mixtape Die Another Day, which was aimed at Eminem.

There was a large outpouring of condolences via Twitter on Wednesday, including those from Busta Rhymes and Juelz Santana: 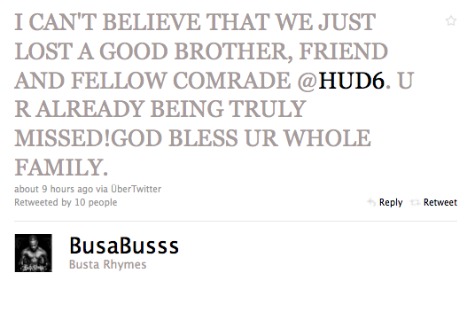 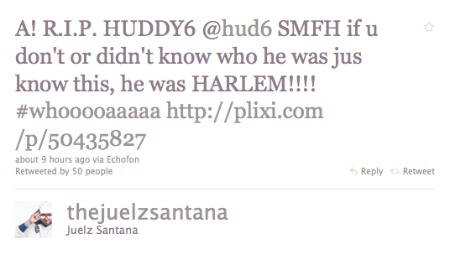