James “Groove” Chambers is a music industry veteran, producing a number of songs for Kentucky Rap group Nappy Roots. In addition to that, Chambers has run the Tree Sound Studio in recent years, which has been an Atlanta institution since 1990. The state of the art recording studio has played creative home to artists such as Killer Mike, Yelawolf, Emilio Rojas and countless others.

For the 20th anniversary of Tree Sound Studios, a number of artists are showing their gratitude to Groove and his studio. Next Friday, October 1, with DJ Green Lantern deejaying the event, artists such as B.o.B., Killer Mike, Immortal Technique, Sha Stimuli, Pill, Laws, Emillio Rojas, Bobby Creekwater, Cory Mo, Donnis, Mickey Factz, Kardinal Offishall, GLC, Vonnegut, Sean Faylon and others will be performing.

The invitation-only event is accessible by fans however, who can stream the event on HipHopDX.com from 8:30 to 11:00 pm. The party’s flyer is below: 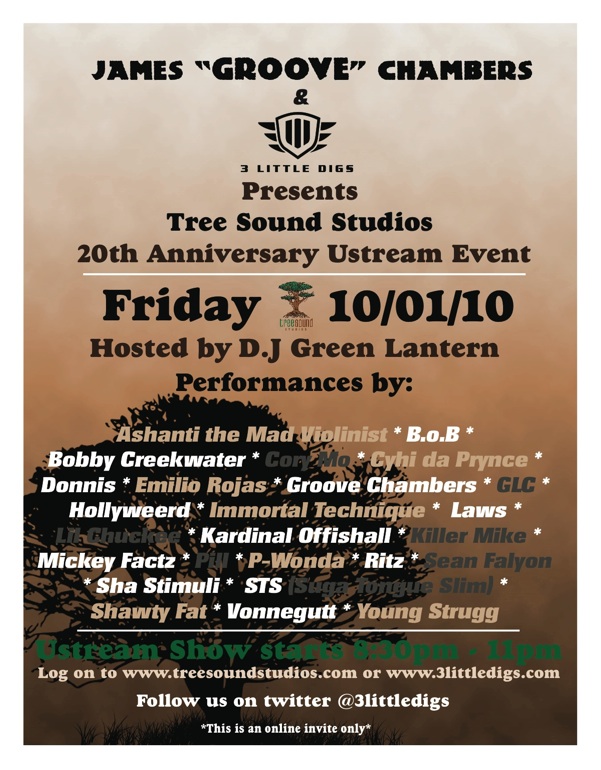