After last year’s Before I Self Destruct featured only Eminem and Ne-Yo as credited guests, 50 Cent may be returning to an ensemble cast for his first post-Interscope Records release. The G-Unit Records head tweeted photographs of him in the studio with the likes of former label-mate Busta Rhymes, Swizz Beatz and a reunion with Lil’ Kim. 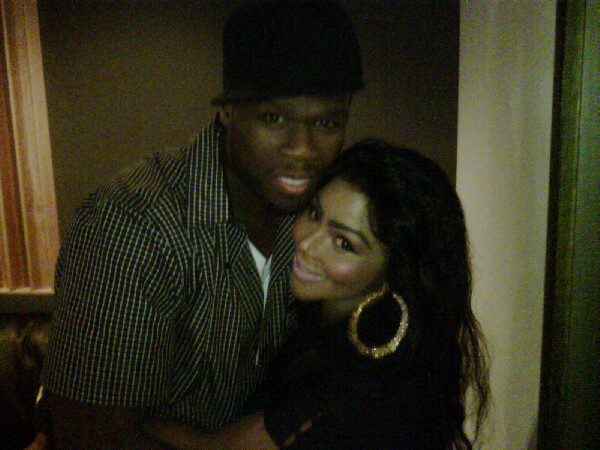 Kim and 50 had recorded 2003’s hit single “Magic Stick,” which appeared on the former Junior M.A.F.I.A. member’s La Bella Mafia  album. After disputes with the song, the two began to disagree, a dispute that reportedly halted video plans.

The rapper soon tweeted that he felt attracted to the veteran rapper rumored to be signing with Roc Nation.

I told banks you aint gone believe this shit.I think I just wanted to fuck little kim lol He started dying laughingless than a minute ago via ÜberTwitter50cent
50cent