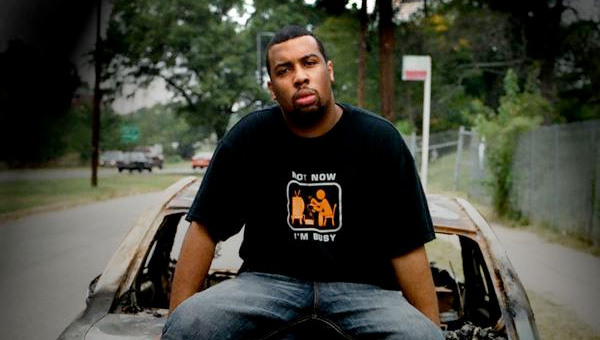 With the moderate success of Wale and the more subterranean group Diamond District, the Washington D.C.-Maryland-Virginia (DMV) area has had a resurgence of sorts on the national scale. Smcity, a D.C. emcee with journalism in his bloodline, looks to build on that momentum with a trio of projects, all called The Indie Life.

The first release, a free mixtape released several months ago with the lead single and video “Thin Air,” finds Smcity narrating the life of an independent artist. The tape includes production from D.C.-based production team and Wale collaborators Best Kept Secret and D.C. club DJ Marc Infinit, among others. The mixtape will be followed up with The Indie Life: Motion Picture Album, due April 30, and finally, the Indie Life LP, which will be released on May 18.

Smcity said the Indie Life is an honest reflection of where he is as an artist who is a part of the DMV scene – but it’s far from a backpack mentality. “The DMV hip-hop scene has really been cultivating and developing into something special,” he said. “So, it’s a whole plethora of emcees and producers down here. One of the tracks that will be on the album, ‘Watch Me,’ is produced by Best Kept Secret, the guys that did Wale’s “Pretty Girls” and a lot of his other songs. I hooked up with them a long time ago. On this joint, which is probably going to be one of the singles I push in the future, I say, “my response to this pop shit is to make some anthems.” I’m not of the rappers complaining … I’m not a backpack rapper at all. The Indie Life concept came about from [the idea that] I want to take it one step at a time, I want to conquer each level of the game. I want to have a natural progression as opposed to jumping out there with some mainstream shit. I want to make music at an indie level but I don’t want to be indie. I want you to hear it and say, this should be on the radio. The whole point is to put a platinum-sounding record in an indie package. I’m looking to push this independently, whether it’s a distribution deal regionally or nationally. And for my next project, I’m definitely looking to take it major. I don’t intend to spend my whole career on indie life, that’s just where I’m at right now. My music follows where I’m at, that’s the hustle that I’m on. By the time I get to the next life, it might be the major life.”

There’s another, more prurient, analogy to explain the projects. “The whole Indie Life thing really came about from when I realized that the industry is like a bad ass chick. You can’t just go too hard at her, you kind of have to do your own thing and they’ll eventually start paying attention to you for not paying attention to them. You kind of have to do it on your own and make everybody chase you.”

Whereas before he was chasing a record deal, he realized that he could only represent himself in his work and let is “prove that I can sell and I can make noise on my own [because] labels are just investors anyway,” Smcity said. “They want to make sure they invest in something ready to go that they can throw right on the shelves. I’m going to put my project on the shelves and do it for me first.”

The entrepreneurial streak is attributed to Smcity recognizing his family history and a desire to do it justice in the way that he feels most comfortable. “I come from a writing family,” he said. “My grandfather was the Washington bureau chief of Ebony and Jet [magazines]. He was the guy who broke the Emmitt Till case. He was on the Freedom Rides. At my grandmother’s house, I’m looking at pictures of him with [former president John F.] Kennedy. It’s just crazy history. My father wrote for newspapers. I’m a third, fourth generation writer. So when I was in high school, the journalism thing really was not too exciting and it kind of morphed into Hip Hop.

“Being where I was, in the inner city and everything, everybody was rapping. What made me a little different as an artist is that I was a classically trained writer. I actually write songs, they have themes and they’re all connected. Just a little more structured. When I come in a cipher, it’s a little different when I’m spitting as opposed to my man standing next to me. What I realized when I was like 13 and I’m rapping with people who are 20 and up and I’m keeping up with them, I realized it’s something that I could excel at.”

One of the producers on the Indie Life is a well-known name on the D.C. club circuit. “[Marc Infinit] a DJ here at club Love, one of the biggest clubs in D.C. He deejays there and he’s also a part of a label down there, Interloop Records. They put together these classic album remix projects. We did the DMV version of Illmatic, when everybody took one of the songs, flipped a sample. I did one of those, I did a song off [Jay-Z’s] Reasonable Doubt and “One Love” off [Nas’] Illmatic and we just got a good working relationship off that. That was one of the tracks I was hoping to push as a single. I did that, we banged it out, then I started recording some better stuff. He’s the homie, he’s definitely a serious guy down here.

“As far as producers, we click in the community down here. It’s a lot of folks you run into, we do a lot beat competitions, and battles, and I might hear something they’re doing and holler at them after they get off stage. I used to host the Hip Hop show on [George Washington University] radio and we used to do on radio producer competitions. It was good radio but my ultimate goal with that was just to meet more producers. I was the host of the show, so after the show, I was like, I rap too. Big thing with producers and rappers, I think both have to be a fan of each other. If I am a fan of their music and they’re fans of what I do, we’ll both going to put our best to the table. You can be the biggest producer in the world, but you’re giving me beats out of the C file, it doesn’t matter, I’d rather get with someone unknown giving me A beats. If I see a synergy there and see that we’re fans of each other, we can definitely hook up and make some magic.”