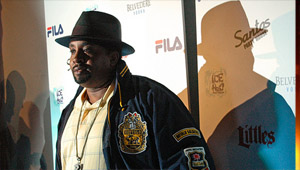 Legendary rap icon Eric B recently announced that his recent introduction to newcomer Nicki Minaj did not go as planned. In a rant on Twitter, Eric B wrote “Go fuck yourself” addressing the rap Barbie.

Reports are detailing that Eric B attempted to get a picture with Nicki for his daughter at a concert meet and greet. However, when the Hip Hop pioneer met Young Money’s first lady, she disrespected him by treating him like a groupie, as though he had snuck past security to meet her.

Nicki Minaj, who has received positive feedback from her series of mixtape releases since 2009, has not released a statement in regards to Eric B addressing her behavior.