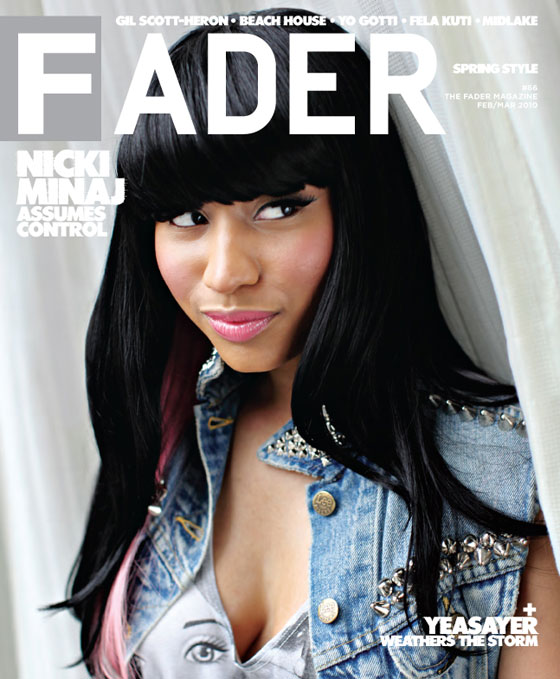 In the upcoming issue of FADER magazine Young Money’s Nicki Minaj tells all, revealing details about her personality, fans, and sex appeal.

The New York native also opened up about her image, “I don’t want people to think I’m up there trying to be cute. I’m trying to entertain, and entertaining is more than exuding sex appeal,” she added, “I wish I could fricking remember the first boob that I signed. I don’t know why I did it, but now I can’t go anywhere and not do it. People come up to me wherever I am, girls, sexy girls, like, ‘Can you sign my boob?’ I mean, niggas in the club look at me like I’m a pimp. They like, What? Cause they be fly chicks. I don’t know, but I do know it’s a great thing.”

Earlier this month, Nicki, who signed to Young Money Entertainment last year, talked to MTV about Lil Wayne’s prison sentence. “It’s sad, because he doesn’t deserve to go to jail,” she continued, “he’s such a strong person, and it’s weird — he’s sitting there doing videos. I found myself e-mailing him about something I wanted him to do for me. When I thought about it, I was like, ‘It’s so selfish,’ ’cause it’s, like, what is the mind frame of somebody that’s supposed to go to jail for months and never served that amount of time in jail?”

Wayne will be sentenced on March 2 and spend one year in Rikers Island prison for charges stemming from criminal possession in which he pleaded guilty.