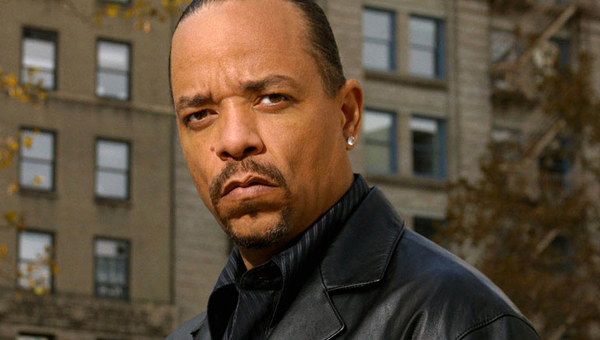 Regarded as one of the west coast’s original gangsters of rap music, Ice-T went in on Grammy Award-winning Rock singer Aimee Mann for dissing his career as an actor yesterday. Mann (@AimeeMann), who is also into acting, wrote on Twitter, “There is no reason anyone should have cast Ice T in a television show,” referring to the rapper’s ongoing role on Law & Order: Special Victims Unit as Detective Odafin “Fin” Tutuola.

Ice-T (@FinalLevel) responded to the singer tweeting, “Oh shit! FLTG this may be time for a DRIVE BY.. Some one tell who is this bitch? Should I handle this or is it Drive by time??” He later updated his Twitter status with “Hey [Aimee Mann] stop worrying bout my acting bitch, and worry about your WACK ass music. In the mean time.. Eat a hot bowl of Dicks! Ice T.” The singer subsequently apologized to Ice T, who admits, “I’m just having fun on Twitter.”

Ice-T, whose born name is Tracy Morrow, has appeared in a number of movies and television shows for over 20 years, and received an MTV Movie Award for Best Breakthrough Performance as Scotty in the 1991 flick New Jack City.

The rapper slash actor is rumored to have a role in an upcoming film titled Santorini Blue, a love story where Ice-T plays a doctor. Ice-T is also featured in Sounds Like a Revolution, a 2010 documentary about activist musicians.

Aimee Mann is a 25-year veteran, known for hits such as 1985’s “Voices Carry” with her then-band Til’ Tuesday. She would later receive an Academy Award Nomination, as well as a Grammy Award nomination for her song “Save Me” and her work on the Magnolia film soundtrack. That work is said to have been key in inspiring Kanye West to work with producer Jon Brion on his sophomore album Late Registration.