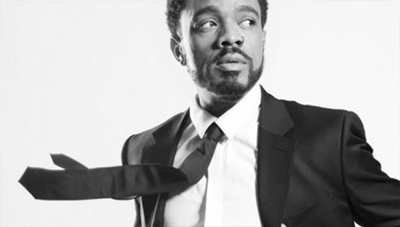 G.O.O.D. Music artist Tony Williams talked to Complex Magazine about his experiences with the label and its owner Kanye West. The relationship between the two is interesting, as Williams is ‘Ye’s older cousin. While the artist’s name may not be particularly familiar, he has been featured on some of Kanye’s most memorable tracks. Williams explained how his accidental appearance on College Dropout‘s “Spaceship” led to several other opportunities for him.

“[Spaceship] was actually my entry into the game,” he told Complex. The song was supposed to feature then-newcomer John Legend on the vocals, but Williams was later added after West heard him sing to the unfinished song during a car ride. “Whenever ‘Spaceship’ came on, I just started ad-libbing to the track while we’re driving and [Kanye’s] eyes opened up. He was like ‘Yo, man that’s the feel that I’ve been trying to get for this track.'” Williams would later be included on four other songs for the album, including “Last Call” and “I’ll Fly Away.”

The singer recently lent his vocals to Jay-Z’s Blueprint 3 track “A Star Is Born,” which features young Roc Nation artist J. Cole. Williams admitted that even after hearing the final version of the song, he did not think it was actually him on the track. “The album said ‘featuring J. Cole’ and at that point I didn’t know who the hell J. Cole was. I’m assuming Jay got somebody else to sing the hook…All this time I’m thinking it was J. Cole singing. It was me though. I listened to it for five days thinking it was J. Cole.”

Williams has appeared on all four of Kanye West’s albums, receiving credits for his work on Late Registration‘s “We Major,” Graduation‘s “Champion,” and 808s & Heartbreak‘s “Say You Will” among others. He is currently working on ‘Ye’s upcoming album Good Ass Job.