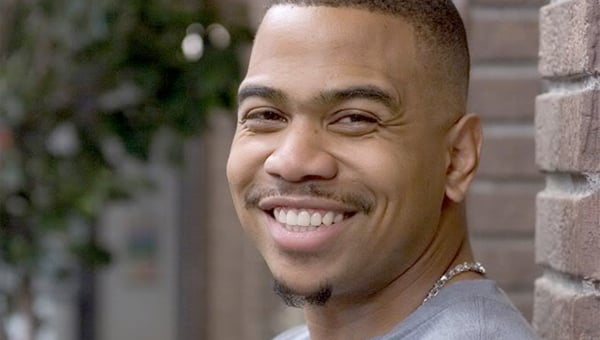 In John Singleton’s Baby Boy, Omar Gooding played “Sweetpea,” who could arguably represent a product of the Gangsta Rap generation. While Gooding has starred in Playmakers, Deadwood and the upcoming Jerry Bruckheimer series Miami Medical, his true passion is that very same Rap that Sweetpea listened to. “I’ve been in the Hip Hop game forever. I’ve had deals before and I’ve been in groups but recently I’ve been focusing on putting out a solo album. I grew up on the west coast so I grew up on N.W.A. and I’m a huge ‘Pac fan,” “Gooding told HipHopDX recently. The actor/rapper’s MoDo Entertainment has previously released several independent compilations, which feature Big O, a/k/a Gooding’s music.

The west coast Hip Hop community has taken notice. One west coast legend, Sacramento’s C-Bo, both an ally to Tupac Shakur as well as Young Buck, has taken Omar under his wings. “C-BO is awesome,” said Omar as both a fan and as a friend. “I had a meeting with the CEO of West Coast Mafia Music [C-Bo’s label], and went from there. I had met C-Bo before and we had just hit it off. When it’s time to get down he just doesn’t play, his work ethic is just on point. Our recording process was right on where it was supposed to be. He shows you how to get in and get the job done and we just clicked and it was all love. He’s a talented guy and it’s always great to work with him.” The duo released Trading War Stories, a nationally-distributed compilation in 2008 that featured Yukmouth, The Outlawz and Young Bleed.

With West Coast Mafia distributed by E1 Entertainment (formerly Koch Records), Big O intends to uphold Hip Hop’s integrity, but do so on a level that many actor-turned-rappers can’t reach. “I’m from the west coast, so [my album will] definitely will be west coast-influenced,” he shared. “It’s about the lyrics the and the wordplay. I’m definitely a fan of Eminem’s wordplay more-so than his lyrical content, but how he says [things] is awesome. We just try and give the people what they want, we don’t listen to the radio and make sure that content is in place with the music that I record.” Gooding feels, like many, that Hip Hop is in a state of disrepair. “The skill level has been lost and Hip Hop has been made into a joke. Now all you have is kids running, dancing, and jumping around in the music. I think that west coast Hip Hop is not as respected as it was back when [Tupac Shakur] was around. Snoop [Dogg] has always been holding it down, him and The Game is basically all we have. Mostly, as far as the west coast is concerned, it’s a lot of underground Rap.” With artists such as Pac Div, Fashawn and Blu making noise, the music may not stay underground for much longer.

Tracing back to N.W.A.’s success, Gooding believes he knows where the steps were missed. “A lot of the Hip Hop that we have here that we believe is still going strong, a lot of other people have never even heard it before. Hip hop just became angrier and lost its respect and the lyrical content was lost. I want to be able to create something of substance that is meaningful to the people. I’m definitely going to do my part to bring the west coast back.”

Many want to know what other, Academy Award-winning brother, Cuba Gooding, Jr. thinks of both Hip Hop and his brother’s pursuits in it. Omar confirmed to DX that it’s a shared love. “It’s funny that you say that because in the album that we have coming out called Big Business, I called my brother down and had him come to the studio. I kind of just wanted him to freestyle a little bit to get a feel for the music. He’s always been a big fan of my music, even more-so than my acting although he would never say, ‘Hey, you should just be a rapper.’ If I tell him I have a new show he’s like ‘okay, cool,’ but if I [tell him] I have a new album, he’s like, ‘Oh wow, let me get that right away.’ So I wanted to get his opinion of the new project. He’s always been very supportive. So I wanted to get him on the album some kind of way and he was down. He heard the track one time and was like, ‘Okay, I’m ready to go, press record.’ I mean he didn’t plan it, or write it down but went off the top of the dome. He just went into the studio laid it down and it was deep. The song is called ‘Wake Up,’ and it talks about where hip hop was, is and needs to get back too.”

With Miami Medical premiering in a little over two weeks, do not expect Gooding to trade the big or small screen entirely for a studio mic. “I’ve been doing this for 15-20 years and it would be impossible for me to turn my back on acting. I’m just trying to let everyone that acting is not the only trick up my sleeve. I’m just trying to bring back that west coast vibe back in the music.”