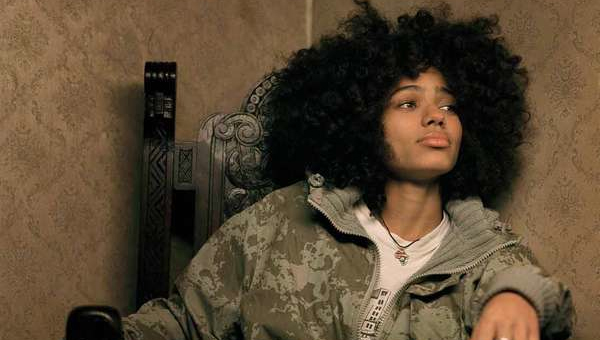 Fresh off a taping with David Letterman, Neo Hip Hop soulstress Nneka wowed an intimate audience at her listening session at the Cornerstone/FADER offices in New York City last night.

The Nigerian/German singer-songwriter performed a couplet of tracks off her mainstream debut Concrete Jungle, which released this week (February 2). Compared to the likes of Lauryn Hill, Nneka fuses rootsy soul with Hip Hop and elements of her native Nigerian culture. Following her acoustic performance, Nneka explained her experience in her homeland as an artist who crafts music with political undertones. She described dodging the secret service due to the content of her lyrics and overall backlash for her message music.

When asked how she feels about now being a part of New York City, Nneka replied, “Babylon is enticing. It’s enjoyable to dance with the devil and win his soul.” With a faint accent and a winning smile, Nneka voiced her intentions as a star on the rise: “I’m just me. Simple, trying to be professional…and authentic.” Concrete Jungle is in stores now.