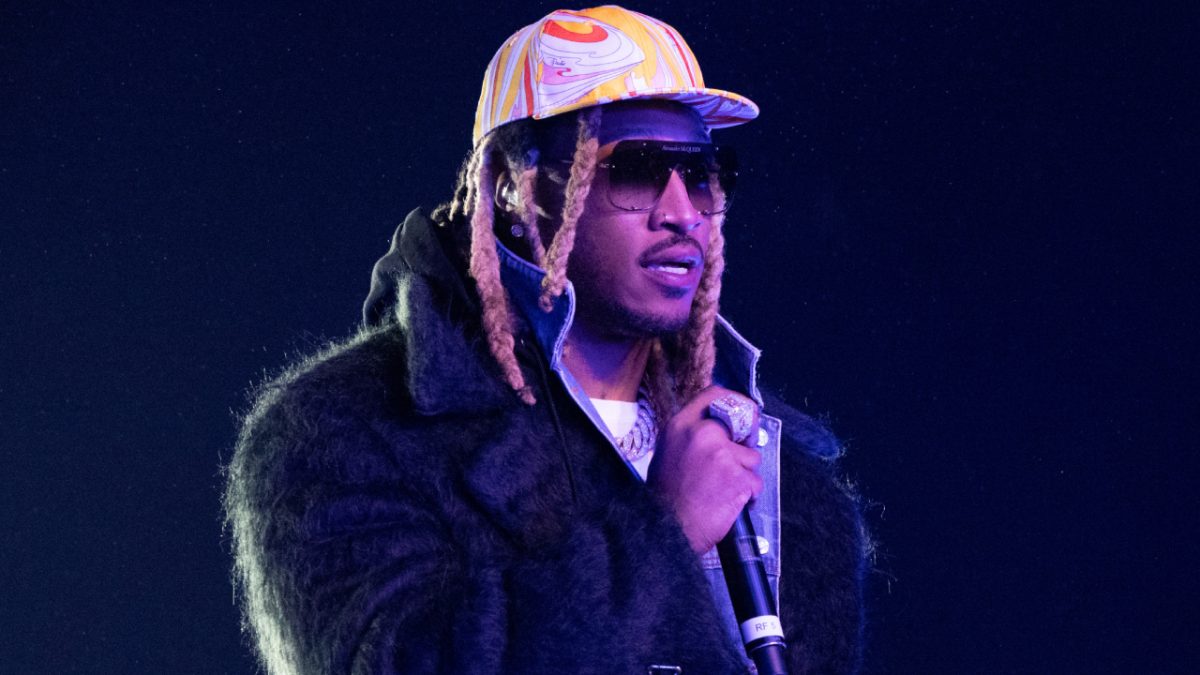 Future allegedly let a female fan have it after she criticized his energy in the studio, telling her to “shut [her] broke ass up.”

Instagram user Sydney Lanaé recently posted a screenshot of an alleged DM exchange she had with King Pluto. Lanaé told the Atlanta hitmaker: “You got all them freaked out demonic energies in your studio. Do better. Stay blessed.”

Lanaé then replied: “Lmao damn not that[.] Praying for you[.] You are one of my favorite artists. Don’t be mean. I’m not your enemy.”

Future has had a few contentious run-ins with the women in his life this year, with one of his alleged baby mothers most recently criticizing the 39-year-old for his lack of parenting skills.

“When he told me someone who isn’t rich is not successful.. I knew then he was burnt out,” the woman wrote in a lengthy Instagram rant last month. “This is coming from the same man who would call me and tell me how unhappy he was and how lost he is… and how he isn’t at peace.. that only confirms that success is bigger than being rich.”

Earlier in November, another alleged baby mama accused Future of missing child support payments, and that “the devil” often controls his decision-making.

“What’s sad is he really wants to be a better person,” she wrote in part. “He has good days where he cry it out … but then the devil work him back to hell. I can’t speak for some of the BMs who he never did shit for, but deep down he know I been solid. I didn’t just meet him, it’s been six years. So I know his good side and his bad side.”

She continued: “Peace is the real wealth but b4 I dead him for real this time I had to share this so he can see I’m fucking serious this time! Now he got a reason to hate me.”

According to RadarOnline, Future was also sued by his former partner Brittni Mealy, the mother of his son Prince, who demanded an increase in child support.

The rapper was reportedly ordered to pay $3,000-a-month for their now nine-year-old son in 2014. Since then, however, there’s been a “substantial change” in his income, as well as their child’s needs, Mealy claimed.

Despite the drama in his personal life, Future had a great 2022 on the music side of things. His “WAIT FOR U” hit featuring Drake and Tems was crowned the most streamed song of 2022 on Apple Music, with the track also marking Hendrix’s first Billboard Hot 100 No. 1 as a lead artist.

The ATL Jacob and FnZ-produced ballad won Best Collaboration at the 2022 BET Hip Hop Awards and is up for more silverware at the 2023 Grammy Awards, where it’s nominated in the Best Rap Song and Best Melodic Rap Performance categories.

Future’s ninth studio album, I NEVER LIKED YOU, also debuted at No. 1 on the Billboard 200, moving 222,000 album-equivalent units in its first week, the highest tally of his career. The project has since been certified gold by the Recording Industry Association of America (RIAA).