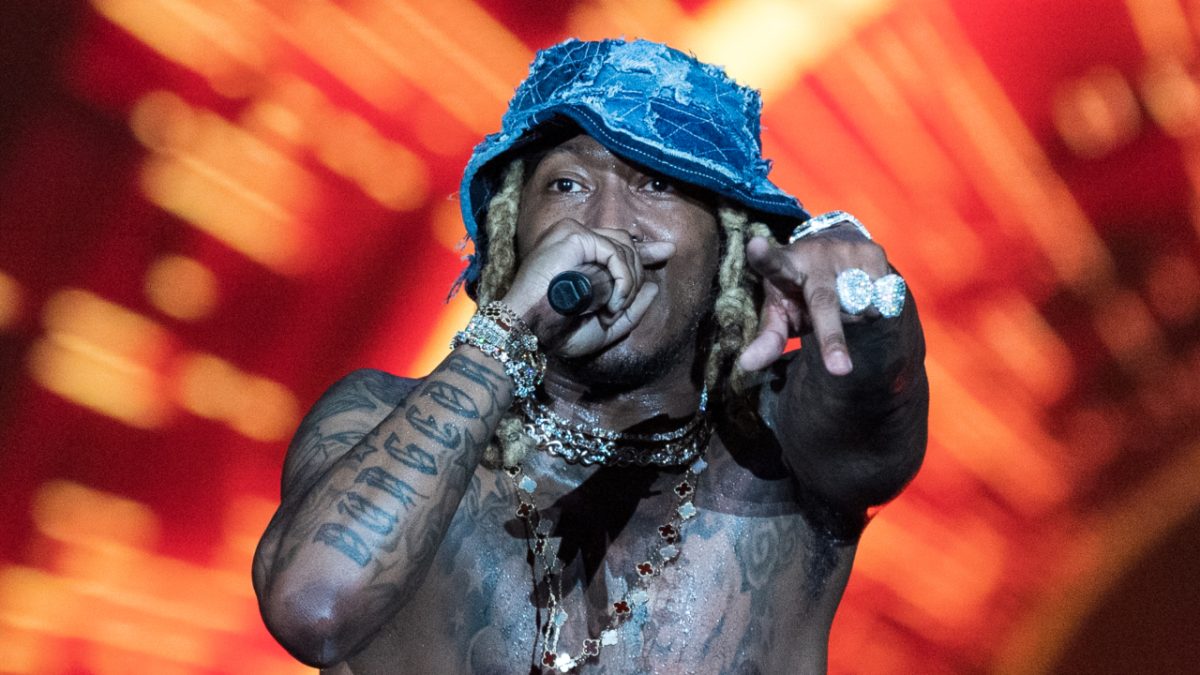 Future has been crowned the reigning champ of song streams on Apple Music for 2022.

The Atlanta star secured his first Billboard Hot 100 No. 1 as a lead artist earlier this year thanks to the success of his “WAIT FOR U” single, which boasts appearances from Drake and Nigerian singer Tems.

Now, the the track — taken from Hendrix’s latest album I NEVER LIKED YOU — has been minted as Apple Music’s most streamed song of 2022, according to Chart Data.

Future celebrated “WAIT FOR U” going platinum back in May, which was the fastest collaboration released this year to reach the milestone.

“Wait for u’ platinum already,” Pluto wrote to his 7.3 million followers. “The support is appreciated #INEVERLIKEDYOU.”

The ATL Jacob and FnZ-produced ballad won Best Collaboration at the 2022 BET Hip Hop Awards and is up for more silverware at the 2023 Grammy Awards, where it’s nominated in the Best Rap Song and Best Melodic Rap Performance categories.

I NEVER LIKED YOU also debuted at No. 1 on the Billboard 200, moving 222,000 album-equivalent units in its first week, the highest tally of Future’s career. The Freebandz boss became just the second artist after Drake to simultaneously debut atop the Billboard 200 and Hot 100.

Despite all this success, Pluto recently told Billboardhe should serve as a role model for what “not to do.”

“That sh-t’s tough, bro. I think I need to be a vessel of what not to do,” he said. “In some things, I need to be a lesson on what to do. So, I think you live and learn through me and if I have to be that sacrifice, I guess so.

“[I want] for somebody to live better than me. I want another artist to come behind me to do [what I’m doing] even better than I’m doing it. [I would want to] change the bad things they might see in me and make it better for them. That’s what I want more than anything.”

He added: “If I was a role model, I wouldn’t want them to do the same exact thing that I’m doing, because the shit that I do is one of none. You can take certain things about me, and you can use it to help you to maneuver in life, to help progress and elevate. But using everything that I do — or just following every step — is going to be hard because I think I’m one of none.”