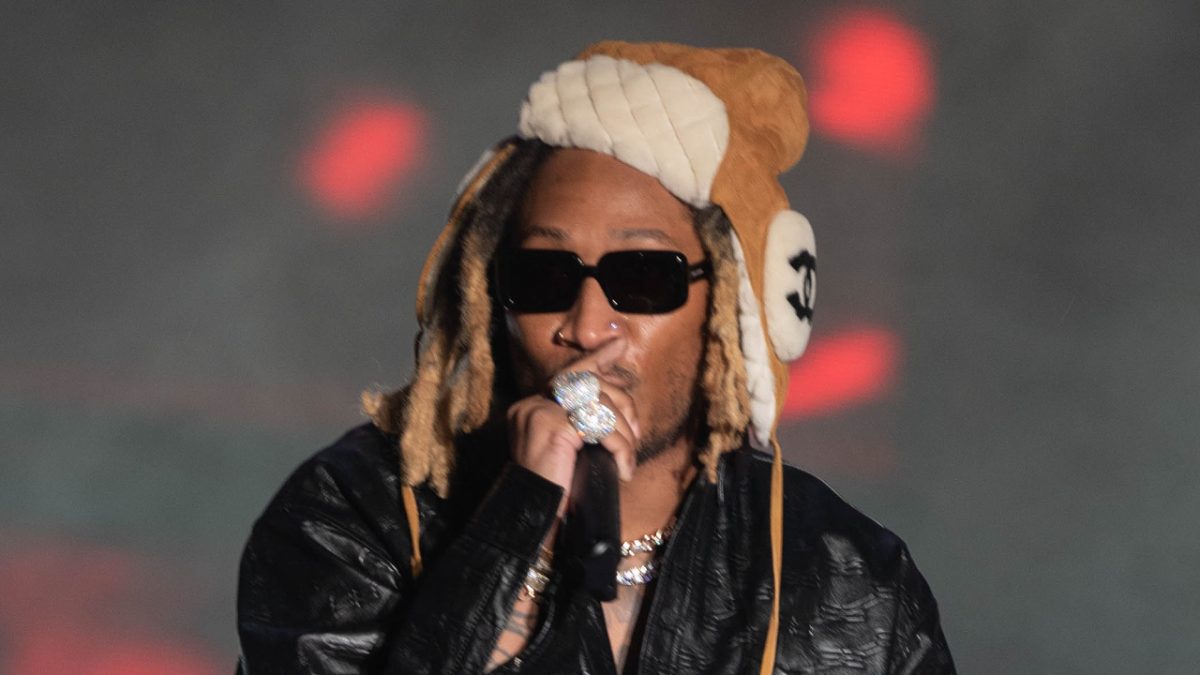 Future is ready to return to the road in the new year.

On Tuesday (December 7), the Atlanta hitmaker announced the One Big Party Tour, his first headlining trek in more than three years. The jaunt looks to be a brief one, with only six shows scheduled so far.

Yet it promises to be a star-studded and stadium-status affair, with a slew of surprise guests joining Future at various arenas across the country.

The tour gets underway at Houston’s Toyota Center on January 7, before rolling through Charlotte’s Spectrum Center, Atlanta’s State Farm Arena, Chicago’s United Center and Washington, D.C.’s Capital One Arena. Future and co. will then close things out at the TD Garden in Boston on January 27.

“ShowTime. I’m ready To bring ONE BIG PARTY too your city! PLUTO,” the “March Madness” rapper wrote on Twitter. Tickets go on sale Wednesday at 10 a.m. EST via Ticketmaster.

ShowTime. I’m ready To bring ONE BIG PARTY too your city! PLUTO pic.twitter.com/TO3Updibix

The tour announcement caps off a milestone year for Future, who took his decorated career to new heights in 2022 thanks to his seventh studio album I Never Liked You.

The project opened at No. 1 on the Billboard 200 with 222,000 first-week units following its April 29 release, while its hit single “Wait For U” featuring Drake and Tems also occupied the top spot on the Billboard Hot 100.

Pluto also added to his trophy cabinet this past year as “Wait For U” won Best Collaboration at the BET Hip Hop Awards and Favorite Hip Hop Song at the American Music Awards. He’s up for six awards at the 2023 Grammys, including Best Rap Album (I Never Liked You), Best Rap Song (“Wait For U”) and Best Rap Performance (“Pushin’ P”).

While the distinction doesn’t come with its own silverware, “Wait For U” was recently crowned the most streamed song of 2022 on Apple Music, further cementing Future’s continued dominance.

Hendrix will no doubt be looking to carry this momentum over into 2023. Also on the slate for next year is a headlining performance at Rolling Loud California in March, as well as potentially more big-money moves in his mission to become Hip Hop’s next billionaire.

“My main focus right now is just to do something I never done. One thing I never done is make a billion dollars,” he said in an interview with Billboard last month. “I ain’t done that, so I’m focused on that.

“Sometimes I ask questions, if I meet a billionaire, like, ‘How’d you get to where you got?’ … But the way I get mines might be different. It just helps me to understand that I’m on the right path when I talk to people that have billions.”

Check out the dates for Future’s One Big Party Tour below: