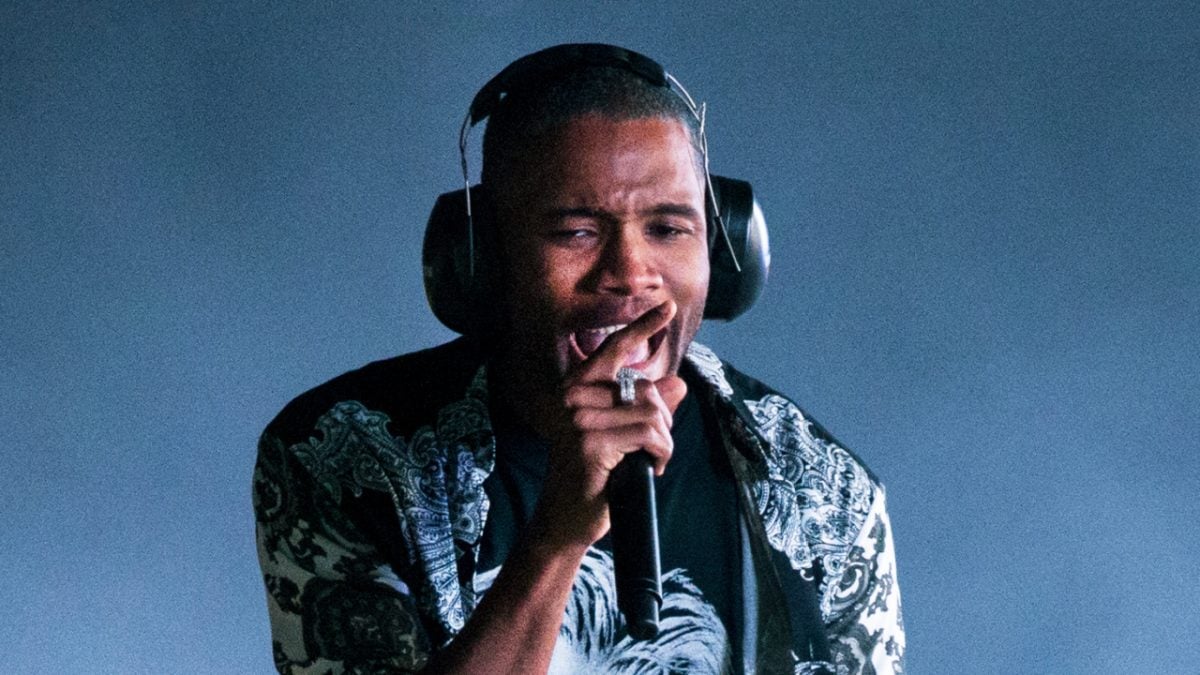 Frank Ocean has seemingly shared some insight into his new music plans — including a potential new album — via a recent merch drop.

The elusive singer rereleased his lauded Blonde LP on vinyl in late December, and the album was accompanied by a foldout poster that tells the story of a “fictitious Recording Artist” and his dealings with the music industry.

The story, which closely mirrors Frank’s own journey, states that the artist wanted to forego the “outdated” album format and instead solely release singles, which he believed was more suited to “modern consumption habits.” (Frank dropped a handful of singles that appeared to be part of a series in 2019 and 2020, including “DHL,” “In My Room,” “Dear April” and “Cayendo.”)

After the pandemic, however, the artist U-turned on his plans and “is again interested in more durational bodies of work.”

“In the summer of 2019, Blonded produced a photo series shot on Thursday, August 8, 2019 by photographer Michael Marcelle. The photo series follows the story of a fictitious Recording Artist as he navigates the radio system,” the message on the back of the poster reads.

“In one scene the actor Jeremy Strong plays a chairman of a major record label […] The Chairman is flanked by another figure. Both are dressed in suits, wearing ties, and are positioned behind a long boardroom table. They are opposite a shadowed figure in the foreground — the Recording Artist — whose subjectivity the viewer is to inhabit.

“The Recording Artist attempts to explain to the major music label the singles distribution model as opposed to the long-form album model. The Recording Artist believes the latter to be outdated, and that releasing singles is more suited to modern consumption habits where people curate their own playlists which are then shared within private circles. The meeting does not appear to be productive.”

The story then refers to the three PrEP+ ’80s-inspired queer club nights that Frank Ocean hosted in New York City in October 2019, where the likes of Justice, Sango and Arca played DJ sets.

“Prior to the COVID-19 pandemic, these events were intended to grow from small club events to larger raves across the world,” it continues. “The Recording Artist has since changed his mind about the singles model, and is again interested in more durational bodies of work.”

Back sides of the posters from the recent Blonded merch sale tell a narrative that’s as close to an album announcement as we’ll ever get from Frank Ocean. pic.twitter.com/15nvU780No

The prospect of Frank Ocean being “interested in more durational bodies of work” again sparked excitement among fans, who flocked to social media to react to the news of a new album potentially being in the works.

“NEW FRANK OCEAN ALBUM AHHH,” one fan tweeted, while another wrote: “we are getting a frank ocean album omfg.”

Concrete details surrounding a new Frank Ocean album still remain scarce, though. The most recent update came in September 2021 when it was reported he was shopping the project to various record labels in hopes of securing a distribution deal. Sources close to the situation described the music as “fucking great.”

Before that, the Grammy-winning crooner hinted at his third studio album being inspired by house music — a genre that made its mark in 2022 thanks to Beyoncé’s Renaissance and Drake’s Honestly, Nevermind, both of which topped the Billboard 200.

“I’ve been interested in club, and the many different iterations of nightlife for music and songs,” Frank said in a rare interview with W magazine in 2019. “And so the things I look at now have a lot to do with those scenes: Detroit, Chicago, techno, house, French electronic.”

He added: “The expectation for artists to be vulnerable and truthful is a lot, you know? Like, in order for me to satisfy expectations, there needs to be an outpouring of my heart or my experiences in a very truthful, vulnerable way. I’m more interested in lies than that. Like, give me a full motion-picture fantasy.”

Nevertheless, optimism for a new Frank Ocean album in 2023 remains high after he was recently confirmed as a headliner at this year’s Coachella. The New Orleans native will close out the April 16 and 23 dates of the Indio, California festival, where Pusha T, Metro Boomin, GloRilla and others will also perform.

Frank’s last album, the aforementioned Blonde, arrived to much fanfare back in 2016. The chart-topping, platinum-certified project was released by surprised just days after his visual album Endless, which famously fulfilled his contract with Def Jam.