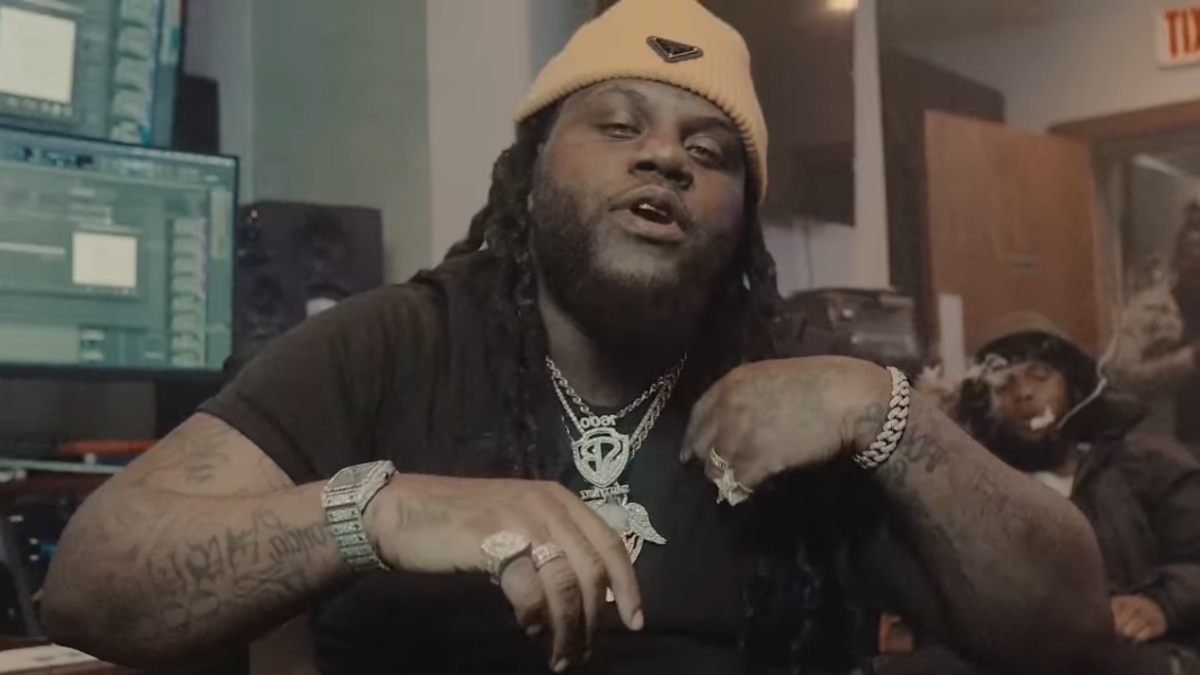 Fat Trel Released From Prison & Promises To Stay Out

Fat Trel has finally been released from prison after serving a considerable amount of time behind bars over a number of convictions.

Footage of Fat Trel’s release circulated online, showing the rapper with a huge smile plastered across his face as he approached family and friends waiting for him outside the prison. The good times continued as Fat Trel wasted no time in changing out of his prison gear and threw on clothing from Amiri, as well as rocking an iced-out chain.

The Virginia-born rapper then took to his Instagram Story to continue celebrating his freedom and showing fans he went right back to work in the studio following his release.

Fat Trel was arrested and booked at the Arlington County Sheriff’s Office in Arlington, Virginia, in December, just two months after he was released from prison on separate charges. This last arrest saw him hit with four counts of a Revocation of Suspended Sentence and Probation in connection to a 2018 arrest.

The arrest-release cycle has been ongoing for Trel for years. In March 2016, he was arrested for Possession of Counterfeit Money for allegedly attempting to use the fake bills at a Maryland casino. A month later, Fat Trel was taken into custody in Arlington again for DWI, narcotics distribution, speeding and driving with a revoked license.

Less than a year after getting out of jail for those charges, Fat Trel was arrested again for possession of a firearm and ammunition after police pulled him over for traffic violations in July 2018.

The rapper pleaded guilty to the illegal possession of the firearm in 2020 and was facing a maximum of 10 years in prison. However, in September 2021, U.S. District Judge Paula Xinis reduced his sentence to two years and six months and three years of supervised release.

After getting out in October of that year, Fat Trel met up with Maybach Music Group label boss Rick Ross — whom he’s signed to — and posed for a photo. Ross posted the picture to his Instagram with the caption: “Freedom is Priceless! Let’s all welcome back home FAT TREL @fat_gleesh_Back to da MONEY $$$…. The Real won’t Fail.”

The good times didn’t last, though, as Fat Trel was arrested in December of that year. Things worked out in his favor, though, as he found out he would be home before Thanksgiving, and he even kicked off a countdown on his Instagram page regarding his freedom.

According to his most recent Instagram Story posts, Trel is promising to stay out of the prison system now that his free once again and will stay on the right track and keep giving his fans new music.