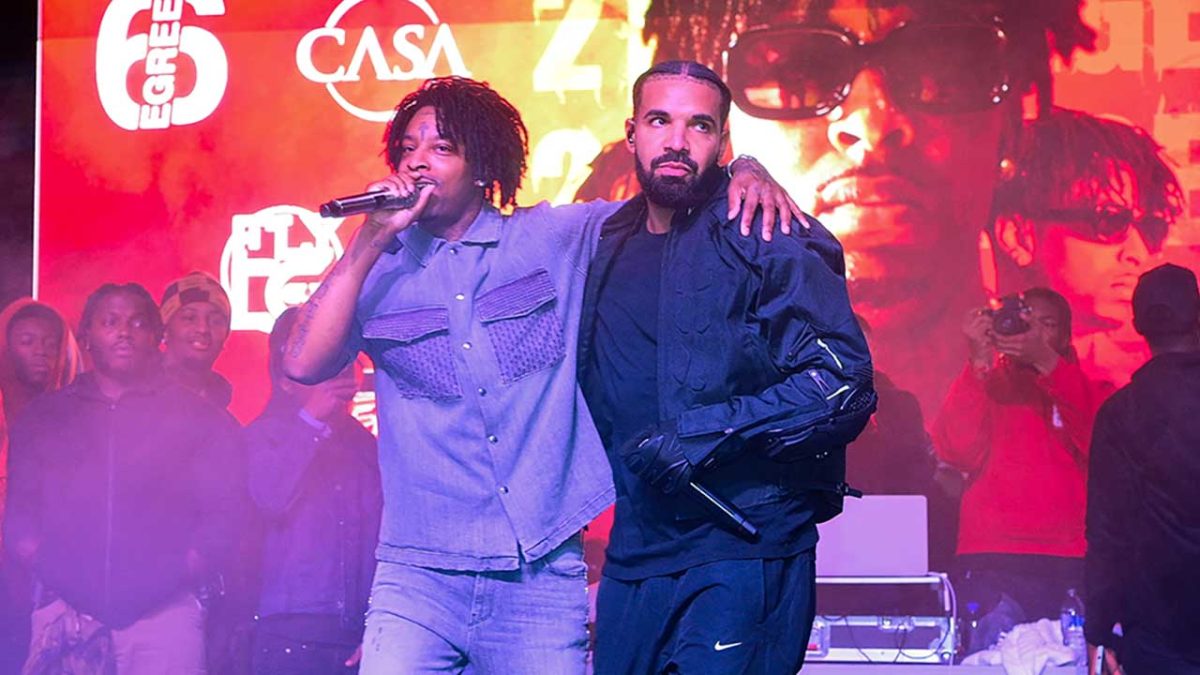 Drake and 21 Savage are coming off the release of Her Loss and while the fan debate rages on about where the joint project fits into the 6 God’s discography, Drizzy himself weighed in on the matter.

During an interview on SiriusXM Sound 42, the OVO boss proclaimed that Her Loss is one of the “greatest albums” he’s been a part of and believes it could even crack the top three in his decorated catalog.

“[Her Loss] is one of the greatest albums I ever made in my life,” he declared. “I said the other day, I think this is a clear entry into my top five of my catalog — if not, top three.”

Drake says he thinks Her Loss is top 5, if not top 3 in his discography 👀 pic.twitter.com/7dRfXESWRD

Elsewhere in the interview with 21 Savage, Drake revealed that Her Loss is actually the final installment in a trilogy that includes Certified Lover Boy and Honestly, Nevermind.

“We got CLB, Certified Lover Boy, that was like the, you know, ‘I’m trying my best to make her love [me], I’m chasing you,’” he said. “And then Honestly, Nevermind is the realization that maybe that lifestyle is not for me.”

“Then Her Loss is like ‘No Pigeons,”‘ he continued. “Remember when [Sporty Thievz] dropped ‘No Pigeons’ when [TLC] had ‘No Scrubs’ out?”

Drake confirms CLB, HNVM, Her loss is a trilogy pic.twitter.com/Mg476a1QaK

The album was a collaborative creative process throughout as Drake and 21 both admitted that they helped pen some of each other’s verses.

The Toronto mogul added: “By the way, you also helped me with shit too.”

Drizzy and 21 Savage nabbed the Billboard 200’s top spot with Her Loss as the joint project compiled 411,000 equivalent units sold in its opening week. Drake and 21’s joint LP reportedly produced one of the biggest streaming weeks ever generating around 500 million streams.