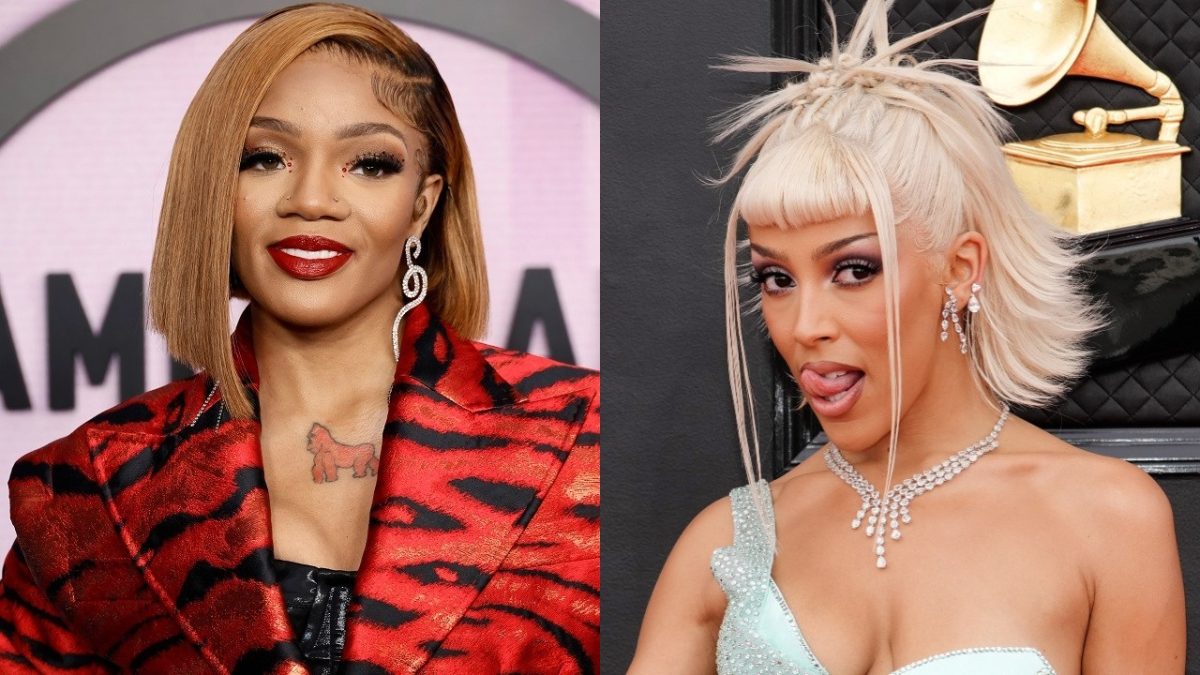 Doja Cat and GloRilla have been recruited to help kick off an immersive experience created by Meta and LeBron James’ SpringHill Company at this year’s Art Basel.

The festivities are set to begin in Miami on Thursday (December 1) with Doja Cat headlining the opening and artist preview of the activation, called Meta House. GloRilla will share co-headlining duties with Venezuelan American singer Elena Rose on Friday (December 2), with DJ/Producer TOKIMONSTA closing out the festivities on Saturday (December 3).

Over the course of those three days, attendees will be given the opportunity to experience virtual reality art in physical spaces.

The Meta House will feature an NFT Gallery featuring art by emerging artists, a separate immersive experience at the Strada World Bungalow showcasing work by more established artists including Laci Jordan and Morel Dourcet and a pool house curated and decorated by artist Dapper Lou.

SpringHill has also curated a separate exhibit called #MakeItTillYouMakeIt, which will not only allow attendees to enjoy select projects by Meta House’s artists in residence, but to also submit their own artwork to be included in the exhibit.

GloRilla has been keeping busy since the release of her debut project Anyways, Life’s Great… on November 11. After the well received project, which gave Nas and Hit-Boy’s King’s Disease III some competition in terms of first week sales, the Memphis upstart announced her first national tour.

Hours after tickets went on sale on November 19, Big Glo took to Twitter to thank fans for selling out every stop on the 16-city tour, which is set to kick off in Charlotte, North Carolina on January 27.

On Wednesday (November 30), Glorilla and Latto joined forces to announce a new collaboration, featuring “Gangsta Boo,” which is set to drop on Friday (December 2).

Doja Cat, on the other hand, has remained quiet about any plans for new music since teasing fans about her next project a few weeks ago. On September 20, Doja fired off a series of tweets that might excite fans but also frustrate them as she continued to troll them regarding her next album.

The conversation was sparked by a recent interview she did with CR Fashion Book where she revealed that she was tapping into the “’90s German rave kind of vibe” for her forthcoming project, which turned out to be a joke.

“im not doing a german rave culture album you guys i was pranking the outlet that interviewed me about it,” she clarified on Twitter. “I’m doing an R&B album Straight R&B no rap at all.”

The 26-year-old then changed her mind again and told fans she was heading in the “experimental jazz” direction.

Doja Cat continued: “jk its r&b im gonna rap on it tho stg there’s only gonna be one rap verse on it though and its gonna be 8 bars.” For her final twist, the Grammy-winner said the truth is that she’s making a rock pivot and is learning how to play guitar.

While she hasn’t delivered any new music, Doja Cat did recently offer fans some new insight, via her episode of Audible’s new series Origins. According to Rolling Stone, the program combines spoken narrative and original music performances to allow the featured artists to answer one simple question, “Where are you from?”

“I’ve always tried to bring my fans into my world,” Doja Cat said of her Origins appearance. “I am more interested in being myself than what others want me to be. I want people to get a real understanding of who I am, and I think Origins will help them do that.”

Season one of Origins, which is available now, also features spotlights on Tobe Nwigwe and up-and-coming Jamaican star Koffee.

Both Doja Cat and GloRilla are nominated for Best Rap Performance at the 65th Annual Grammy Awards, which are set to take place at the Crypto.com Arena in Los Angeles on February 5, 2023.