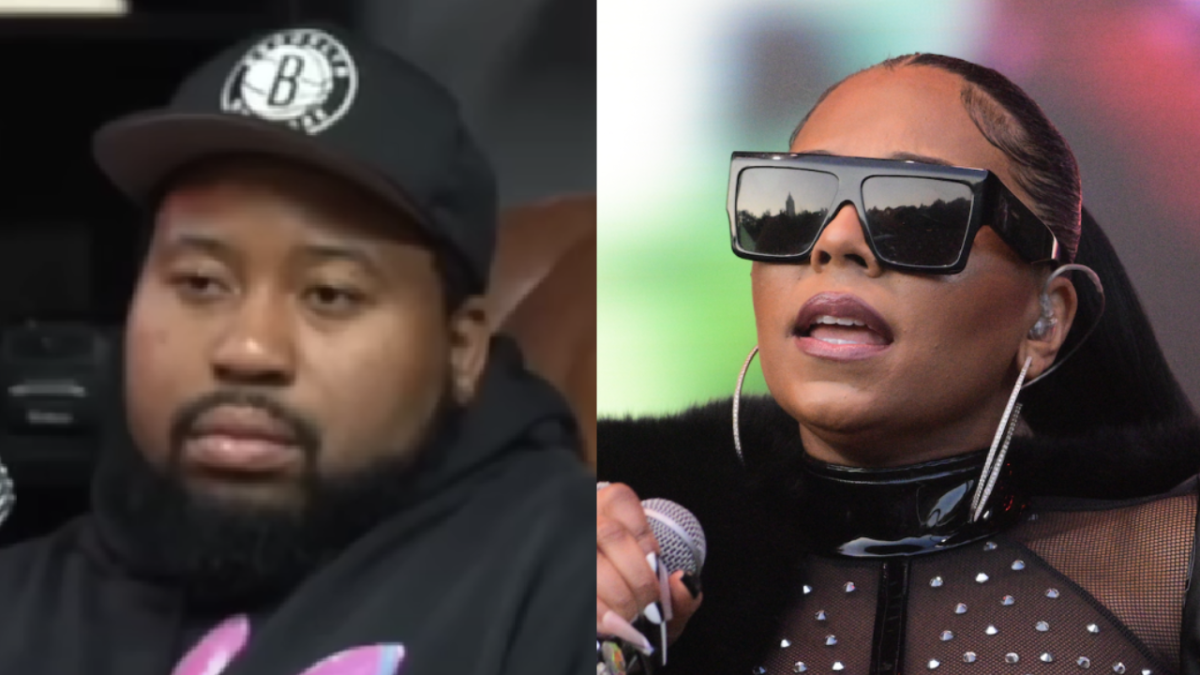 DJ Akademiks has blasted Ashanti for not exposing the name of the producer she claimed demanded to have shower sex with her in exchange for a pair of beats.

The media personality hosted a live stream over the weekend, during which he brought up the recent allegations made by the former Murder Inc. singer.

“I wish she revealed the name,” Akademiks said. “Ashanti, you’ve been in the industry for 20 years now, just say the name. Just say the fucking name. I don’t think you do any service to any other woman who might work with this n-gga later.

“They’re probably over there sucking cock for a beat and the beat don’t even turn out to be nothing. If some shit like that happened and you’re trying to speak about it on the interview for awareness, why not just say the n-gga name?”

The “Foolish” singer made the revelation during a recent appearance on The Breakfast Club where she recounted the horrifying incident with the unnamed producer. Ashanti admitted she actually thought he was joking at first, but further advances confirmed he was indeed serious.

“I’ve been in a crazy situation with one producer — I think I might have talked about this once,” she said. “We did two records together. He was like, ‘OK, I’m not gonna charge you, you my homie.’ And then when it came time to put it on the album, he was like, ‘Well, let’s take a shower together.’

Despite her shock, Ashanti implied that the situation was later “handled” after she made “some phone calls.” Although she didn’t get into specifics, the R&B singer said she may tell the full story and reveal his identity in her memoir down the line.

Ashanti’s comments come after a turbulent few months for the singer, whose personal life has been in the headlines thanks to salacious claims made by her former Murder Inc. label boss, Irv Gotti.

During his interview with Drink Champs in August, the former Def Jam executive claimed Ashanti’s 2002 hit “Happy” was conceived after they had finished having sex together.

He also admitted to being heartbroken after discovering the R&B songbird was dating Nelly by watching an NBA game that they attended together on TV at home. “At the time, when it happens, any man, it hurts [when] the chick you fucking are in love with is with this n-gga,” he said.

But in a candid interview with Angie Martinez in October, Ashanti shut down Gotti’s claims about their alleged fling and the origins of “Happy,” while accusing him of “manipulating” her and intentionally hurting her career out of spite.

She even accused Irv Gotti of making death threats against people around her, and believes the executive “wishes death” on her to this day.