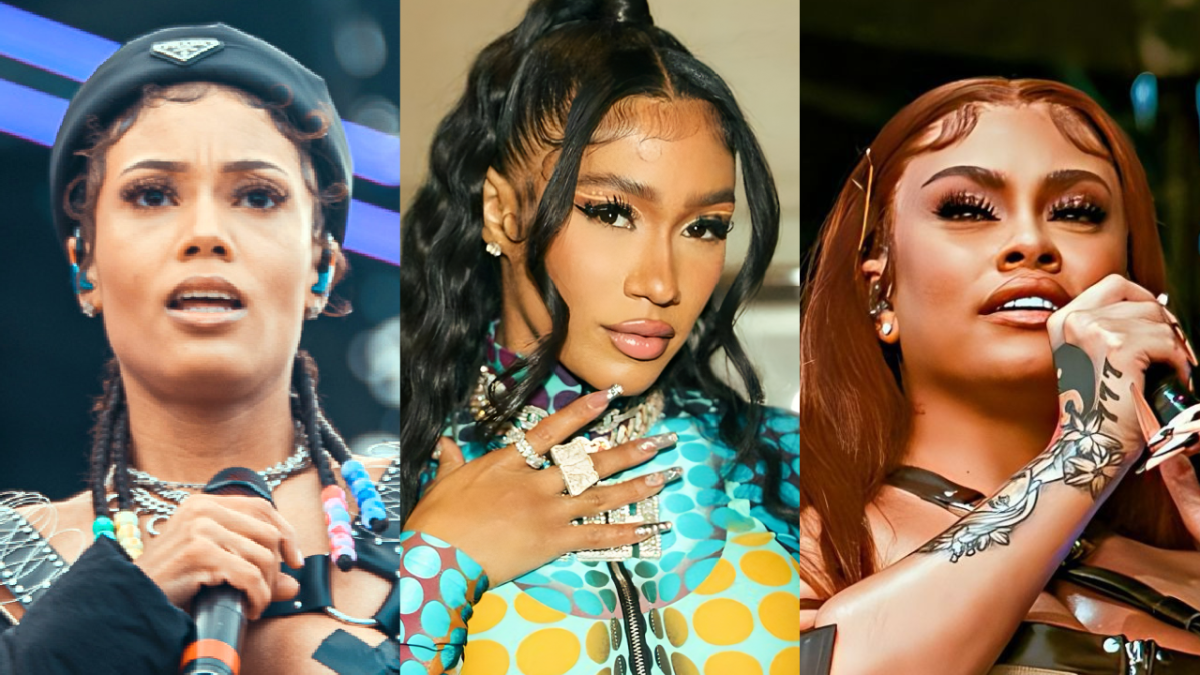 Coi Leray and BIA have responded after a series of leaked Latto songs raised questions about their respective pen games.

Latto’s “Blick Blick” demo, which contained various lines and flows that appeared on the final version, cast doubt on Coi’s previous assertion that she wrote her lyrics on the Billboard Hot 100 hit.

But during an Instagram Live broadcast on Tuesday (November 22), the Trendsetter star defended her songwriting résumé while “educating” her critics about how the music industry works behind the scenes.

“It’s unfortunate what happened to Latto,” she began. “I wouldn’t wish that on my worst enemy. It’s fucked up, it’s foolish. There’s a lot of hard work that a lot of people put into the music — not only the artist, but the producers. And for people to go and leak something that’s precious to somebody is corny.”

“But I’m here to speak for myself and I do want to give a little education real quick,” she continued. “My whole album. I mean, every single feature written by me, so I know my pen game is super amazing.”

Coi Leray went on to highlight how some of the biggest names in music have all had songwriting help in the past, citing Rod Temperton writing Michael Jackson’s “Thriller,” The-Dream penning Rihanna’s “Umbrella” and Beyoncé’s “Single Ladies,” and Kanye West’s reference for JAY-Z’s “Lucifer.”

“This does not discredit none of these icons’ talent and pen game … There would be no game without writers,” she said. “Now, when it comes to rap, I also understand that as well, but I do melodies, I’m melodic; I’m not sitting here trying to rap battle nobody. You see my XXL freestyle, I’m not the best thinker when it comes to freestyles. But when it comes to me taking my time and writing a song, I’m amazing.

“You think if [Young] Thug wrote me a song, I couldn’t re-cut it? … I’m gonna re-cut the whole song, and I’m gonna do it the best way I can. It’s my song so I could change something if I wanted to. That’s just how music is created and y’all need to understand that. A lot of y’all are ignorant and need to grow up. It’s not a funny situation.”

“Writing credits…u know u can check those? now stop playin,” the Medford, Massachusetts native wrote, before adding: “But Ntm on this bc I really don’t care who writes and who doesn’t. I only care about making the best song I can make.”

But Ntm on this bc I really don’t care who writes and who doesn’t. I only care about making the best song I can make

BIA went on to share the credits for other songs including “London” featuring J. Cole, as well as collaborations such as “Best on Earth” (with Russ), “Sangria Wine” (with Camila Cabello and Pharrell) and “Bamba” collab (with Luciano and Aitch) — all of which list her as a songwriter.

“Ntm on BIA,” she wrote in the caption.

Latto’s batch of song leaks, which also included a scrapped version of “Sex Lies” featuring Tory Lanez in place of Lil Baby, came after the Atlanta rapper got into a messy Twitter spat with Nicki Minaj, during which ghostwriting allegations were leveled.

“I heard a few of ur refs before they came out too boo,” Latto tweeted at Nicki during the October feud. “U forget WE ALL collab w the same w the same writers??” Difference is I don’t deny it. The world seen me writing since 16 on national TV tho.”

Latto issued her own response to the leaks on Monday (November 21), and took the trending news in stride. “Trending [kiss emoji],” she tweeted next to a series of photos of her glamorous outfit at last weekend’s 2022 American Music Awards.

The 777 hitmaker again let it be known that she’s unruffled by the drama by resharing her aforementioned Nicki Minaj ghostwriting tweet on her Instagram Stories on Tuesday night.