Citi Under Siege has opened up about his role in the cultural explosion that was Fast Life Yungstaz’s 2009 hit “Swag Surfin'” — watch the video above.

Speaking to HipHopDX, the Run It Up Records CEO explained how the song went from local hit to one of the most recognizable songs of the decade.

Citi first heard the song at a college bar when it was a bubbling underground cut and instantly recognized its potential to be something greater. “As soon as the beat drops every kid in the club jumps up,” he recalled. “I promise you the roof lifts off the club. It was the most magical music moment I’ve ever seen in my life.”

After witnessing its power, Citi promised himself he would make it his mission to get more ears on the song. “I’m going to make sure that everybody in the world sees what I just saw,” he recalled saying to himself.

Eventually the track landed Citi a meeting with record industry icon LA Reid, who instantly wanted a part of its distribution. 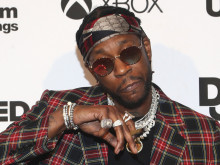 The song didn’t quite reach the No.1 spot, but it did go on to become a Black college national anthem. “It’s the record they play to unite everybody,” Citi added.

Entire arenas have done the dance in unison, college sports teams still use the song as a way to unite the crowd and even Beyoncé incorporated the dance into her iconic Coachella Homecoming performance. Lil Wayne even borrowed the track to open up his 2009 mixtape, No Ceilings.

Currently, Citi runs a record label called Run It Up Records, where he helps sign up-and-coming young talent with viral potential. He has been responsible for countless viral hits and has accumalated hundreds of millions of streams over the past few years alone and more than seven billion streams total.

The next release to arrive from Run It Up Records is K.Comedy’s HYWTB (Hit You With The Blick),” which is due out on Friday (November 11).