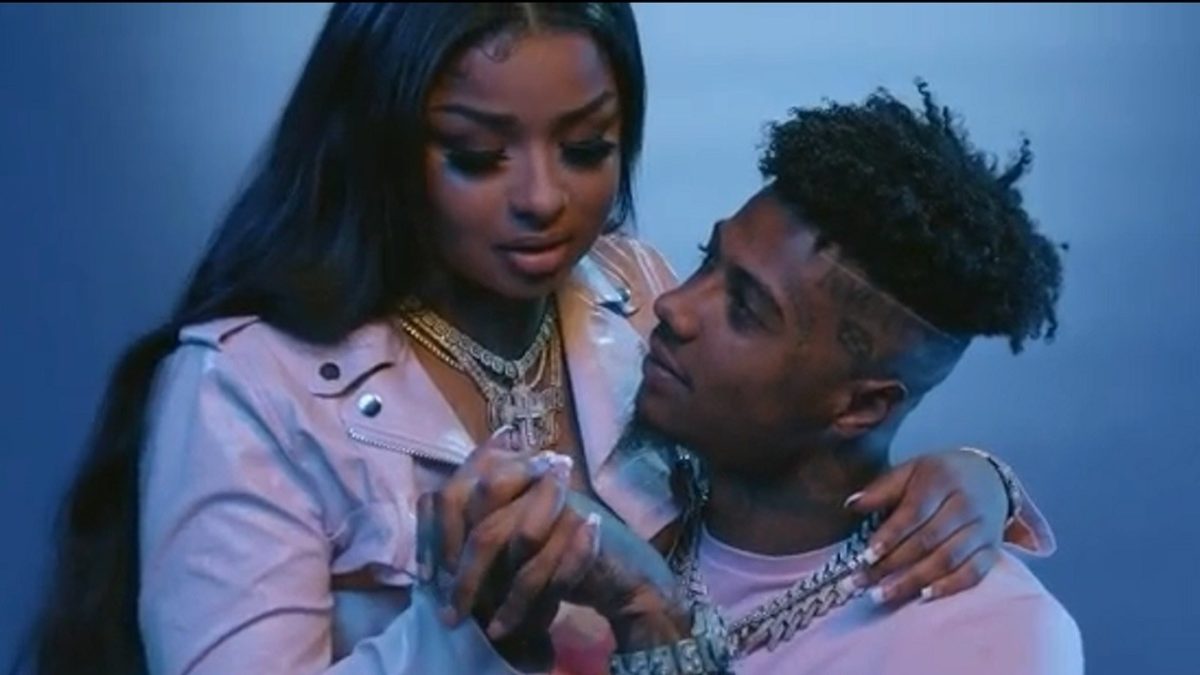 Chrisean Rock Admits To Multiple Past Abortions With Blueface

Chrisean Rock has admitted that she and on-again-off-again partner Blueface have terminated at least three pregnancies, while discussing potentially being pregnant again.

In a clip from a recent interview with the Know For Sure podcast, Chrisean was asked if there’s a possibility that she might be currently be pregnant. While admitting that she’s not sure, the rapper and social media starlet revealed that it wouldn’t be the first time.

“If I have a baby, I’m keeping it this time,” Chrisean Rock declared at the start of the video short. “I killed like three of them. I’m ready now. You know you always have that feeling like, ‘Uh uh, it’s not right’?”

When pressed by hosts B. Simone and Megan Brooks as to whether she thought now was the best time for her to consider having a child with Blueface, Chrisean admitted it might not be, due to the fact that she’s not happy; which she quickly corrected to, “I’m not married.” But she reiterated that she would not terminate her pregnancy this time around.

Chrisean Rock admits to having multiple abortions with Bluefacehttps://t.co/52WCdDJySr pic.twitter.com/btbYXHyk72

The tumultuous relationship between Blueface and Chrisean Rock has seen some of the couple’s most chaotic moments shared on social media and captured by reality TV cameras. A recent sit-down with Kai Cenat Live was interrupted when Chrisean threw a chair at a wall. And this week the couple premiered their new show Crazy In Love, which included a scene in which Blue was assaulted by her father.

The couple’s respective families have been at each other’s throats for months. In May, Chrisean Rock allegedly attacked Blueface’s sister after the two previously fought and Blueface’s sister knocked out Chrisean’s tooth. Blueface’s manager Wack 100 confirmed the fight took place before uploading and later deleting the footage on Instagram.

Still, Chrisean Rock feels that having a child with her partner might bring some stability into their lives, while also revealing that their current relationship isn’t necessarily solid.

“The way God be fucking with me it’s gonna be better [for] everything that’s tied to me,” she said. “I think if I have a kid, that’s when I’ll finally get to meet his kids. Some times people are scared to know if things are temporary or is it long-term. So like, we say ‘Oh we want this long-term,’ but yesterday I was finna leave.”

Blueface is currently out on bail after being arrested on attempted murder charges in November.

The Los Angeles rapper faces charges of attempted murder with the use of a deadly weapon and discharging a firearm into an occupied structure. The shooting allegedly occurred outside of a Las Vegas nightclub back in October.

Following his arrest, which was caught on camera, Chrisean Rock posted a series of Instagram Stories reaffirming her loyalty to the “Thotiana” rapper and changed her Instagram profile picture to the rapper’s mugshot.