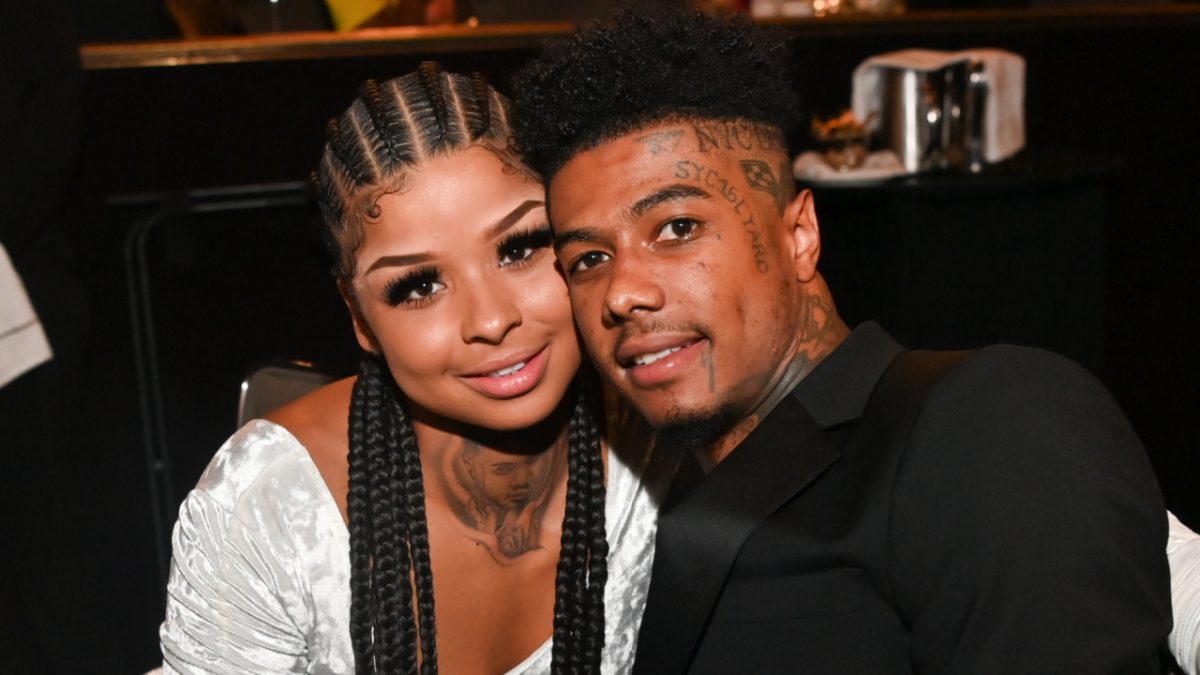 Blueface (real name Johnathan Jamall Porter) was taken into police custody in Las Vegas on Tuesday (November 15) in connection with an alleged shooting that occurred in Sin City on October 8.

Footage of the arrest captured the 25-year-old rapper being thrown against the wall and pinned to the ground by a group of undercover officers while being handcuffed. The video also showed Chrisean Rock with Blueface at the time and yelling at the cops while watching on.

The Los Angeles native has been charged with attempted murder with the use of a deadly weapon and discharging a firearm into an occupied structure. He was booked into Clark County Detention Center, according to the Las Vegas Metropolitan Police Department.

Chrisean Rock, who has been in a volatile on-again, off-again relationship with Blueface for at least a year, took to Instagram shortly after his arrest to let it be known that she’s standing by her man’s side.

The reality TV star posted a video filmed just hours before Blueface’s arrest showing her and the rapper — who she refers to as “Daddy” — leaving a Vegas hotel. Blueface tells Chrisean she looks “as bad as I’ve ever seen” as the couple share a few kisses.

“Dis was 3 hours before they took u from me,” she wrote in the caption. “Jesus Got us NO WEAPON FORMED AGAINST US SHALL PROSPER IM YO ROCK FORever!!!”

Rock also posted a series of Instagram Stories reaffirming her loyalty to Blueface, who she is confident will be freed, while changing her Instagram profile picture to the rapper’s mugshot.

“Everybody that keeps saying it’s a sign to leave — what the fuck is you talking about?” she told her followers. “Stop playing. N-ggas never left me when I went in. I’m going to court tomorrow and that’s all that matters. He coming home, I don’t know what y’all talking about. But tune in on our documentary, our TV show on the Zeus network, we outside.

However, the South Central Baddies star later recanted her story and claimed her injuries were the result of her trying to jump out of a moving car amid “a mental breakdown/bad trip with the liquor.” A spokesperson for the LAPD told Radar Online that no police report had been filed and Blueface wasn’t being investigated.

Blueface and Chrisean Rock’s turbulent relationship has made headlines numerous times in the past, with the couple being filmed fighting each other in the middle of a Hollywood street in August. Rock was reportedly arrested just weeks later after allegedly punching Blue in the face at an Arizona bar.