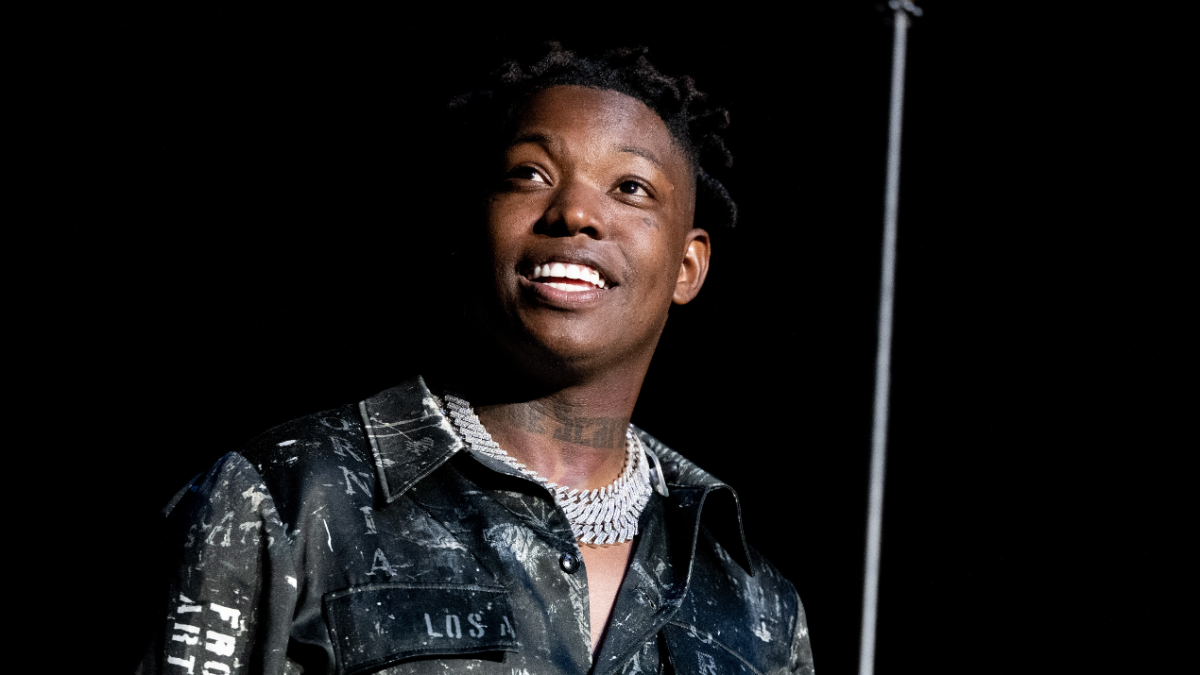 BLEU has just landed a major movie role, and he was so excited about the accomplishment he revealed how much his deal was worth on his Instagram page.

The Alabama-bred rapper shared a since-deleted post showing a part of his contract stating he’ll receive a guaranteed $250,000 for his role under a “flat” deal. In the caption, BLEU flexed the number while revealing he had been working all throughout 2022 to land a small movie role and didn’t expect things to lead to a major film.

“Quarter mill for my first major movie roll,” BLEU wrote. “This a milestone for me. The whole 2022 I just been tryna land a small role end up getting a main character roll in a big film ain even gotta agent yet ! Blessings ! Can’t wait till y’all see me on that screen gotta shoot for a whole month soon A! I can’t tell y’all the details just no it’s BIG.”

There’s no word on what the film is about or when it is expected to release, but nonetheless, BLEU is expanding his reach into new territory with hopes of finding the same success he’s found with his music.

The collaboration with Nicki, “Love In The Way,” was a long time coming for BLEU, who had been hoping to work with her for a couple of years. He actually linked up with Nicki over a year ago, but got over-excited about snagging one of his dream collaborations and spoke publicly about it too soon.

BLEU Cops His Own Private Jet: 'It Took Me 10 Hard Years To Get Here'

“We dnt have a song yet actually tho y’all I just wanted to play some shit we was working on since we was in New York,” he tweeted. “Ain gotta verse just yet . AndAin mean for it to go viral I was just having a lil moment with my fans and I was drunk talking to much lol.”

BLEU’s debut also inspired the name of the university he’s building to help his fellow artists and producers.

The Alabama native announced the construction of the institute in August, as well as what the swanky campus will look like once it’s built. He said the Academy will provide resources and facilities to up-and-coming musicians and creatives.