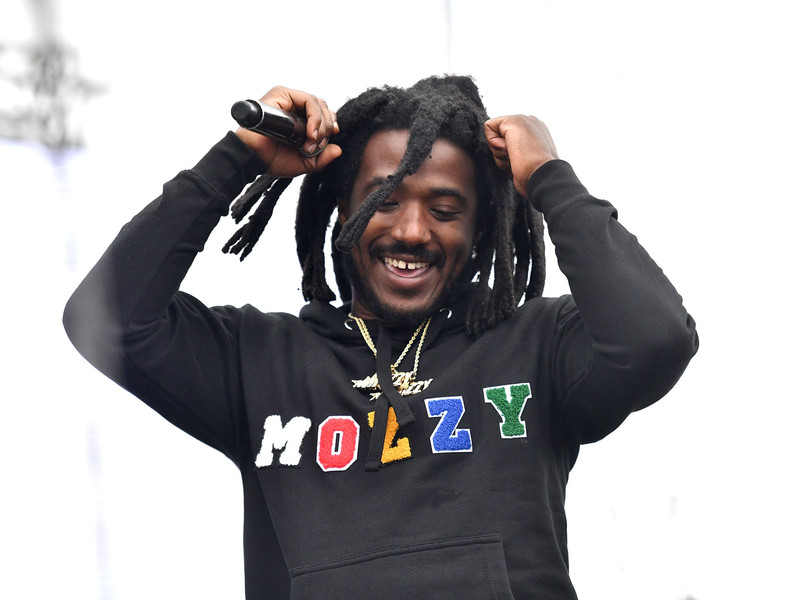 Last week, HipHopDX shared Part 1 of our conversation with Mozzy. Now, DX presents the second and final portion of the in-depth discussion.

In Part 2, Mozzy peels back the curtain on his creative process and explains why making music is therapeutic. He also reflects on Kendrick Lamar’s shout out at the 2018 Grammys and having his song “Sleep Walkin” featured in Marvel’s hit film Black Panther.

HipHopDX: What’s always impressed me about you is how vivid the pictures you paint are. On the new Gangland Landlord album, all of your lyrics are very evocative. What’s your writing process? Do you come up with concepts first or do you find inspiration from the beats?

Mozzy: If I’m doing a verse with somebody, I go off of they vibe. Whatever they subject is, however they coming, that’s how I’m coming. As far as my songs, I let the beat decided. The beat dictates what we gonna do, what we gonna talk about, how we coming. I just go off the beat, the energy. I don’t necessarily pick a subject and go off of that unless management is like, ‘Hold on, we going for the radio and kind of smoothing it out on this one.’

If somebody gives me some direction, I’ll do it, but otherwise, I just let it ooze out. That’s how I talk about the same shit over and over and enjoy it because it’s natural. It’s not rehearsed. It ain’t like I mapped it out. It just comes naturally. I can function with it. I don’t gotta force it.

DX: As far as production, you’re able to mesh well with bouncier beats and more soulful productions. I find myself gravitating to the soulful ones because you tend to get more introspective on them. Do you feel like the booth is therapeutic for you?

Mozzy: I feel like the whole process of it all is therapeutic for me. The fans running up on me in the mall. Going to the studio, writing. Whether I’m in the studio or at home, just writing and picking out a beat to write to, all that is therapeutic. I’m addicted to all of it.

I’ve been doing it for so long, and I continue to do it. It’s not like I’m doing it ’cause I’m forced to do it. It’s something I enjoy to do. Like you said, it’s very therapeutic. That’s why I touch on the subjects that I touch on.

I’m able to make music for myself, for my own therapy session. I make music that I could put on and go take a five-hour drive and just vibe to it the whole time. Smoke my weed, roll my weed up and do my Dougie. It takes me there. In the process, I don’t really do too much punching in or freestyling. I write most of my shit. I try to write it down, so I can review the pictures. I wanna see all of it. It’s very therapeutic, the booth especially.

DX: Something amazing that happened this year is you got to be a big part of Black Panther. You were on the album that Kendrick curated, he shouted you out at the Grammys and “Sleep Walkin” was in the movie. Can tell me about that experience and being part of something so monumental in the culture?

Mozzy: It’s hard to register that the little nigga from Oak Park 4th Avenue in Sacramento just got shouted out by the dopest rapper in the world. I mean come on man, it’s just crazy! Can’t even register. And then the alley-oop on Black Panther? The soundtrack? An actual song in the movie? Come on!

DX: It was great. I think a lot of your fans were really happy to see you get that lift. Did you notice a huge influx of new fans checking you out after that happened?

Mozzy: Hell yeah, for sure. Numbers went up. Prices on the verse went up. I’m seeing more and more movie roles, more soundtrack roles. People tapping in. Big dogs acknowledging me. People I expect to walk past me taking notice. For sure, for sure.

DX: You’ve got such an extensive catalog. If somebody wanted to start listening to your music, what would you recommend as a good entry point?

Mozzy: 1 Up Top Ahk. I feel like all my last projects are my dopest projects. My newest music is my dopest music. Spiritual Conversations is a dope one to tap into. If you wanna get on that, if you wanna go take a ride, wanna take a spiritual ride, that’s Spiritual Conversations. If you want some gangsta shit or you just want some uncut, purified, no holds barred ism, tap into that 1 Up To Ahk.

It’s all a vibe. I recommend 1 Up Top Ahk though because that’s my baby. I love it. I put so much into it. I just feel like I perfected that. It did the best out of all the albums. It’s still doing numbers. The videos on there, I upgraded. I just took it to another level. It’s like an introduction where I introduce myself in a high-class fashion.

DX: Obviously the focus right now is Gangland Landlord, but you never stop working. Should fans expect more from you before the end of the year or this is the swan song for 2018?