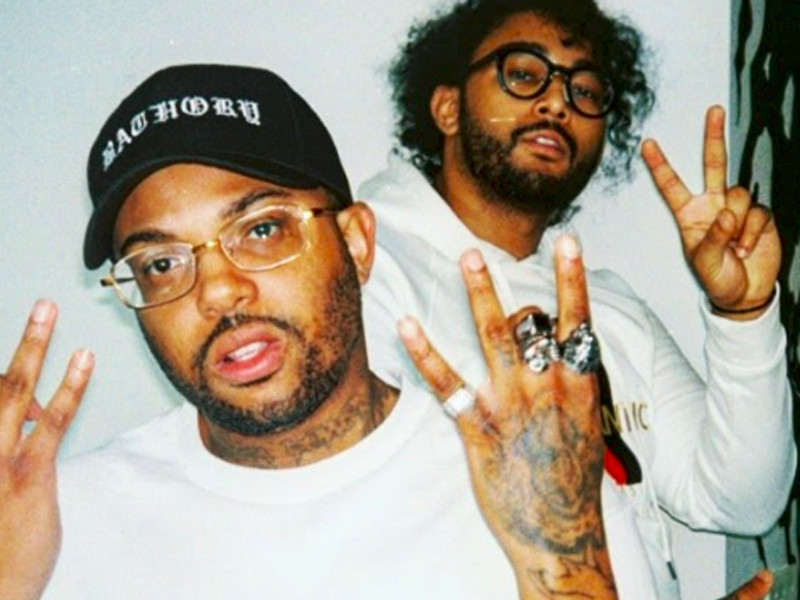 Chicago has long been a hotbed for genre shifting sounds — from the soulful production of a young Kanye West to the aggressive drill sub-genre that propelled acts like Chief Keef, the late Fredo Santana, Lil Durk, and more. Chi Town’s latest trendsetter Valee has become one of the mainstream’s most duplicated artists — with a catalog of booming soundscapes crafted by 21-year-old producer ChaseTheMoney.

Hailing from St. Louis, but planting musical roots in the city of Chicago, ChaseTheMoney has found himself working with names like Chance The Rapper and Jeremih — as well as the next generation of Windy City all-stars.

Chase, like most of the creatives in his circle, was drawn in by the infamous DJ Victoriouz. “He’s like the beacon for artists,” he explains. “I moved to his house when I was 18 after I first graduated high school.

“I had got a car when I graduated, so I drove straight out to Chicago,” he continues. As he notes, it was here that he met artists like Valee, Bobby Band$, and FlossMobChase — with whom he is currently working with on a new collaborative project.

Their first single from the EP, titled “High Risk, hit the Internet in August. “It’s about investing in yourself,” FlossMobChase tells HipHopDX of the mantra behind the track. “You have to be willing to take risks because a lot of people not willing to go for broke when it comes to their career, dreams, goals, or whatever.”

FlossMobChase was put into the game by Lil Bibby — another artist who was catapulted during the city’s drill-boom — who invited the burgeoning MC to record a track with him.

“My man [Bibby] told me to jump on a song with him … I ain’t even know he wanted to put it all on his mixtape or whatever. But he ended up doing that, and it was love,” he says.

Having your sound duplicated is the price that often comes with success when an artist happens to have an original flare. “I just wanted to make a new sound,” Chase exclaims.

While many who subscribe to Golden Era codes of conduct have made a lot of noise over the borrowing happening from artists within the camp, both Chase and FlossMob brush it off as just Hip Hop “being Hip Hop.”

“That’s an ongoing thing … whoever hot, people want to take from them,” FlossMob explains. “People taking from Gunna and Lil Baby. That’s what Hip Hop is, taking bits and pieces of what you like from different artists and then make it yours.”

The collaboration between the two is still in its initial phase, and as Chase explains, he’s not really in a position to break down what listeners can expect, as it’s more so crafted at the moment.

“I don’t really make projects based upon a thing, so to speak. I’m just that type of person,” he says. “Whatever sounds good to me that I feel like people gonna fuck with I put out. It’s about the people — I want to motivate them.”

As the interview wraps, Chase leaves us with a bold prediction: “21 plaques by the end of the year.”